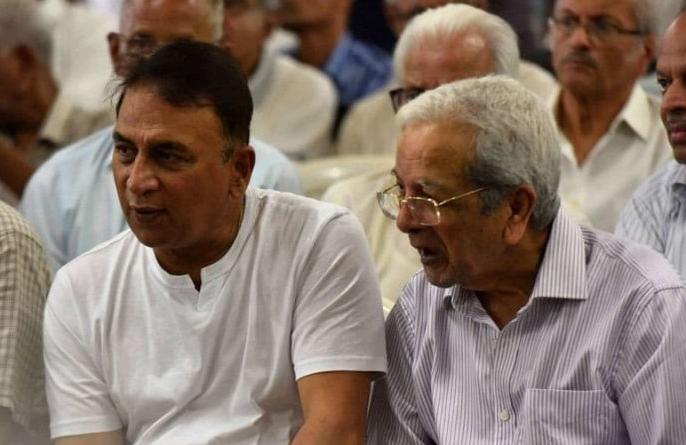 Vasudeo Jagannath Paranjape, also known as Vasu Paranjape, passed away at 2.30pm at his residence in Matunga on Monday. Vasu Paranjape was a well known cricket coach who mentored many cricketers and had a huge influence on India greats like Sachin Tendulkar, Sunil Gavaskar and Dilip Vengsarkar. Paranjape was suffering from Parkinson’s disease in his final days. 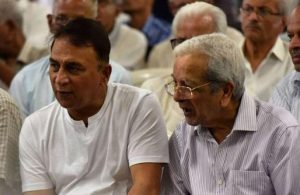 Vasudeo Paranjape played 28 first-class matches for Mumbai, scoring 785 runs at an average of 23.78, including two hundreds and an equal number of fifties. However, his major contribution to the game was guiding the likes of Tendulkar, Gavaskar, Vengsarkar and Sanjay Manjrekar early in their career. Both Gavaskar and Vengsarkar played for the famed Dadar Union club under him. He was their first captain at the senior level.

Vasu Paranjape hailed Tendulkar as ‘the second-best batsman India has produced after Gavaskar.’ 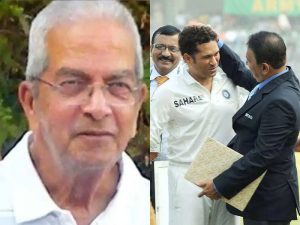 Vasu was also the coach at a camp the BCCI conducted for India’s under-15 cricketers in Indore in 1987. Amongst those cricketers who attended the camp were Sachin Tendulkar, Sourav Ganguly, VVS Laxman, Rahul Dravid and Anil Kumble.

Apparently, he introduced a 14-year-old Tendulkar to Mushtaq Ali in Indore as ‘Meet the second-best batsman India has produced after Gavaskar.’ Another story that came out of the camp showed the witty nature of Paranjape. Paranjape told the duty manager, who had come to complain about Tendulkar’s shadow practice at night disturbing other hotel guests to ‘go and bowl to him.’

It was Paranjape who asked Vengsarkar, who was the India and Mumbai captain at the time, to watch Tendulkar. Sachin was creating a buzz on the maidans of Mumbai with his huge scores for Shardashram Vidyamandir.

“Back in 1988, when I was the India captain, I was playing a Times Shield game at Parsee Gymkhana before my 100th Test (against New Zealand at the Wankhede Stadium in Mumbai). Vasu was the one who told me about a ‘talented’ boy called Sachin Tendulkar. He insisted that I should come with him to watch him bat in the Harris Shield final. He took me for the match. And obviously, he was right about his assessment of Tendulkar’s phenomenal talent,” an emotional Vengsarkar told TOI.

Vasu also helped the former World Cup winning player Sandeep Patil but as a matchmaker. “He was instrumental in bringing life and happiness in my life as he arranged the meeting with my wife Deepa at his house. My wife had turned down my marriage proposal twice without meeting me. After that, Vasu arranged a meeting between us and it worked out. I will remain grateful to him and his wife all my life for this gesture!?” an emotional Patil recalled to TOI.

Here’s how cricketers reacted to the passing away of Vasu Paranjape:

A truly exceptional and invaluable member of the cricket community passes away. RIP Vasu Sir! #VasuParanjape

Our game is poorer today. #VasuParanjape was a pure cricket lover who gave freely. He romanced the game and in his company, we did too. Jatin, his stories will regale us for years and we will always remember your father with a smile.

Saddened to hear the passing of Vasu Paranjape. Two years of my formative years at the National camp was a great learning under his tutelage. He will be missed. My condolences to @jats72 and family. 🙏🏽

Cricket loses a great servant and an ambassador, #VasuParanjape. Heartfelt condolences to @jats72 and other family members.. #RIP Vasu..

Learnt a lot as a young Mumbai player from Vasu Paranjape sir, and he made learning the game a lot of fun for us . Deepest condolences to the family #RipVasusir 🙏🏻🙏🏻🙏🏻