Varun Chakravarthy, the Kolkata Knight Riders (KKR) ace spinner showcased an outstanding performance with the ball in their victory against Delhi Capitals(DC) at Sheikh Zayed Stadium in Abu Dhabi on Saturday afternoon.

Varun Chakravarthy eyeing for the playoffs and ultimate prize

KKR had put up 194 runs on the board despite struggling in the early overs with the fall of wickets. Thanks to the performance of Nitish Rana whose remarkable knock of 81 runs off 53 deliveries helped his team reach the score.

Varun Chakravarthy did wonders with the ball and came up with a brilliant spell of 5-20. He assisted his team to restrict Delhi Capitals (DC) reach the target score and finished the game at the score of 139/9. 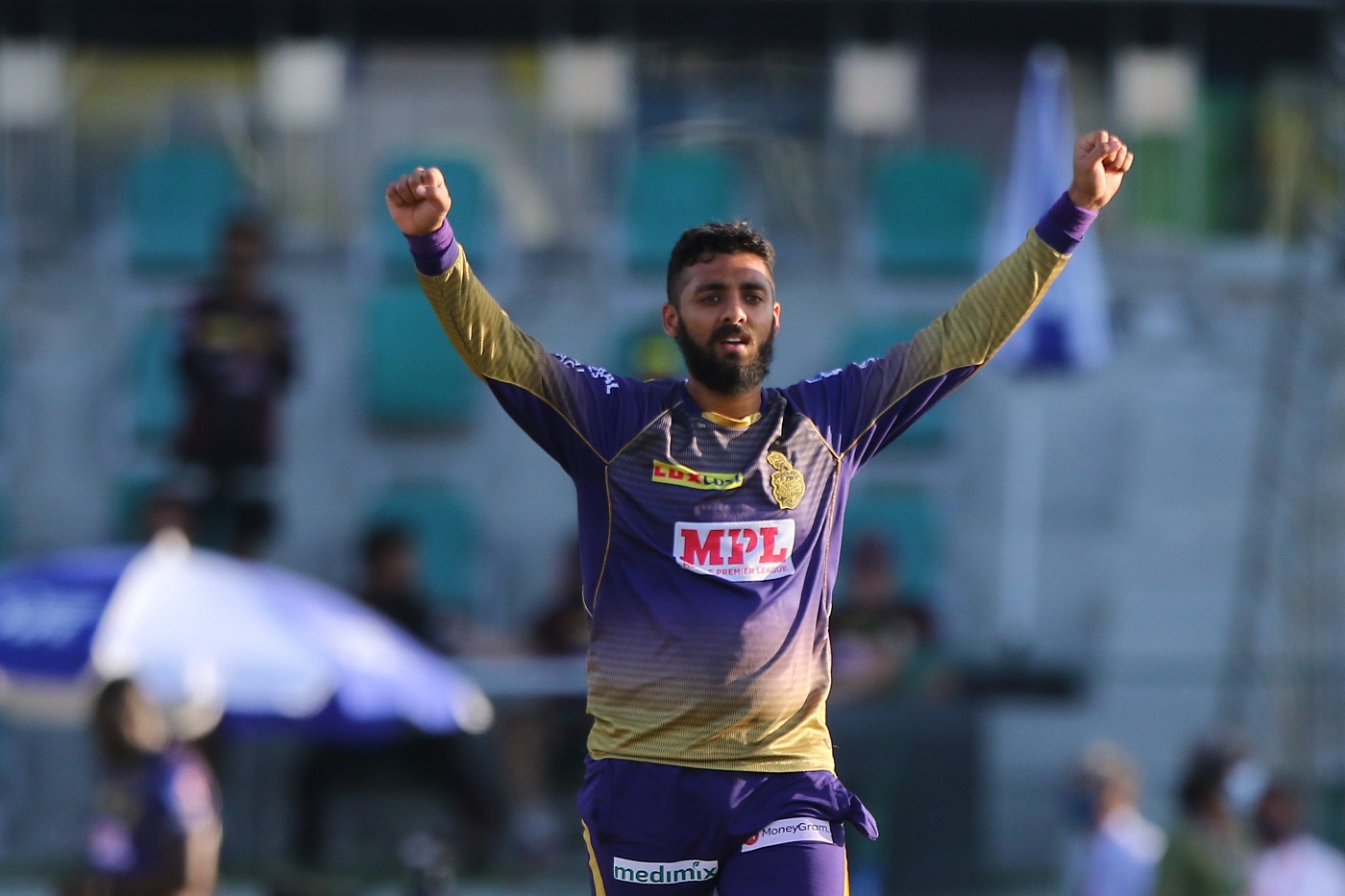 The overall performance of the team will surely impress the team’s head coach, Brendon McCullum. It has certainly helped them built up the confidence going forward as the Kiwi coach wanted his men to keep their heads high.

Not only the coach but the star of the match, Chakravarthy is confident as well after yesterday’s match.

During a conversation with the former skipper, Dinesh Karthik as posted on IPL’s official website, the spin bowling sensation said, “The next challenge is to get into the playoffs and lift the cup for KKR.”

He was the star of the day with 5 wickets in his bag & he couldn't thank @DineshKarthik & the @KKRiders family enough for the opportunity.

Chakravarthy opened up on his experience to bowl against the former Indian captain, MS Dhoni in their match against Chennai Super Kings(CSK) on October 7. He dismissed the CSK captain in that match and when recalled that, he addressed the experience to be “surreal”.

He said, “It felt very surreal. I was a net bowler and before that, I used to go to Chepauk stadium to see the matches. To take the wicket of Dhoni was surreal and I will definitely cherish that moment in my life.”

Chakravarthy is also privileged and glad to play alongside his Tamil Nadu teammate and former KKR captain, Dinesh Karthik. He said that he has huge respect for the player. Chakravarthy also remembered the time when he started wicket-keeping because of him.

Chakravarthy said, “It feels great to play alongside DK as I started by wicket-keeping because of DK. So, it feels great to be standing next to him. I have huge respect for him for what he has done for Tamil Nadu and India. I feel privileged to play under him.”

With the victory over DC on Saturday, KKR have increased their chances of securing a spot in the final four. They currently stand at fourth position with 12 points in 11 games. They are next set to face Kings XI Punjab on Monday.