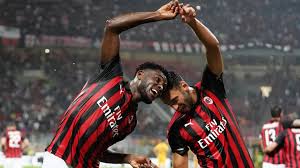 AC Milan after a disappointing last week against Napoli, losing after taking a lead of 2-0 to 3-2 played well against AS Roma last night after they won the match, scoring at the dying minutes of the game.

Patrick Cutrone the super sub scored for the team to assure the team it’s winning goal at the 95th minute on Friday. Milan’s manager, Gennaro Gattuso feels relaxed after the clash as speculations of former Chelsea manager Antonio Conte replacing him for a bad start to the season were rumored for quite a long time. 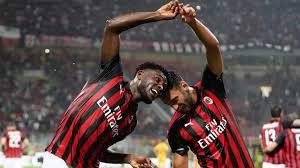 Both the teams faced goals getting cancelled after referee Marco Guida consulted Video Assistant Referee (VAR), Higuain seeing his goal cancelled for getting trapped of off-side and Roma’s Steven Nzonzi suffered a handball for their goal dis-allowance.

Determined to bounce back after a disappointment against Napoli, Milan kept on attacking the other half as Roma keeper Robin Olsen denied Higuain and Suso before Franck Kessie netted in the 40th minute. Roma equalised just before the hour as centre-back Federico Fazio unleashed a sharp volley to level the scoreline.