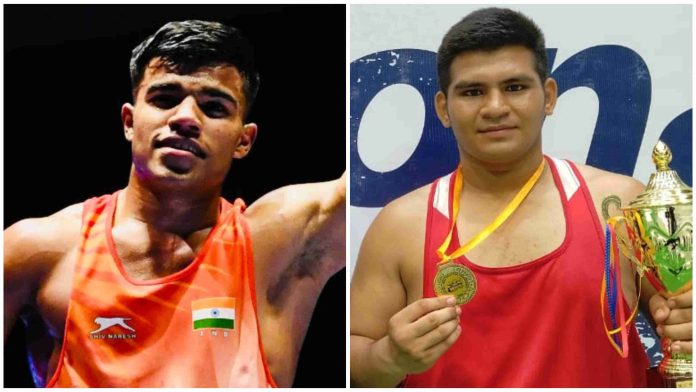 Youth Indian boxers Vanshaj and Aman Singh Bisht assured the country two more medals by making it to their respective finals of the ongoing 2022 ASBC Asian Youth and Junior Boxing Championships which is taking place in Amman, Jordan after winning the semifinals late Friday night.

Vanshaj, who clinched a silver in the last edition of the championships, secured a comfortable victory over Ahmad Nabaa in the 63.5kg semifinal, knocking out the Syrian pugilist in the first round. Meanwhile, in the +92kg semifinal, Aman Singh Bisht produced a dominating performance against his Kazakh opponent Tim Ofeypotashov, securing a 4-0 victory to sail into the finals.

However, in the case of Anand Yadav, who was able to earn a spot in the 54kg final after defeating Abduvali Buriboev 3-2, had to settle for a bronze after his Uzkeb opponent protested for the reversal of the decision.

Along with Vanshaj and Aman, Vishwanath Suresh (48kg) is the third Indian pugilist who will be featured in the men’s youth finals, along with seven youth women who will be in action on Monday. Suresh had earned a 4-1 split decision victory over Miralijon Mavlonov in the semis to book his finals berth on Friday.

The junior contingent will see 15 boxers, comprising of 11 girls and 4 boys, competing in the finals on Sunday. In total, the Indian boxing team has secured 39 medals in the championships, 21 in junior and 18 in youth.