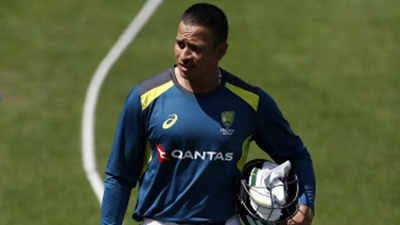 Usman Khawaja, the Australian cricketer feels safe to play cricket in India. He mentioned the amount of securites that are stationed at the stadiums and the airports to escort the players to safety. Usman mentioned that security has never been an issue in the subcontinent but the same cannot be said for Pakistan or Bangladesh. Others players he has interacted with feels the same thing. In fact he says that security is tighter in india now than it was some 10 years back.

“There’s a lot of security. Heavy, heavy security. I’ve heard nothing but reports about people feeling safe. Even talking to the guys during the PSL about what it’s like…they would say the same thing to me ‘like 10 years ago, maybe not, but now 100 percent’.”

Easy for players to refuse playing on the Pakistan and Bangladesh soil: Usman Khawaja

Usman, born in the Pakistan relocated to Australia with his family at the age of five. But despite that, he says that the teams view the Asian countries differently. No player would say no to playing in India, but would think twice before touring Pakistan and even Bangladesh. Also he feels that money is also one of the biggest motivating factors for players to choose India.

“I feel it’s very easy for players and organisations to say no to Pakistan, because it’s Pakistan. I think the same thing would apply too, if it were Bangladesh. But nobody would say no to India, if they’re in the same situation. Money talks, we all know that, and that’s probably a big part of it. They keep proving time and time again through their tournaments that they’re a safe place to play cricket. I think there’s no reason why we shouldn’t go back.”

But he is open to touring Pakistan if ever such an opportunity arises. He was the first Muslim cricketer who was selected to be a part of the Australian squad.

Usman made this statement in an interview to Australian Associated Press when he was asked about his thoughts on New Zealand and England withdrawing from Pakistan due to security reasons.