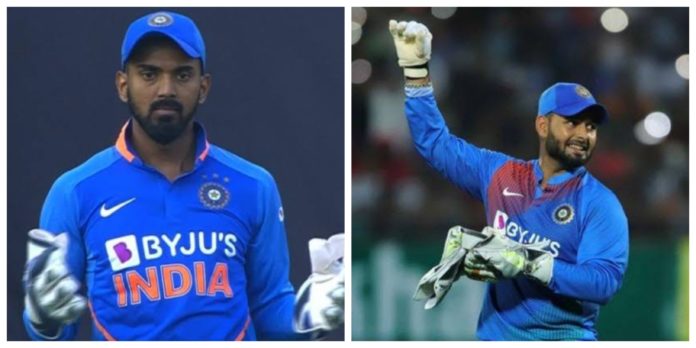 Transition phases are common in cricket, The Men In Blue are experiencing one with MS Dhoni phasing out of the picture slowly. While the captaincy and the finishing roles have been duly sorted, the question of wicket-keeping remains an issue that needs addressing. After a stellar display behind the stumps recently, KL Rahul has poked his head out of the hole which has prompted several to wonder whether he is a better keeper than Rishabh Pant or not? 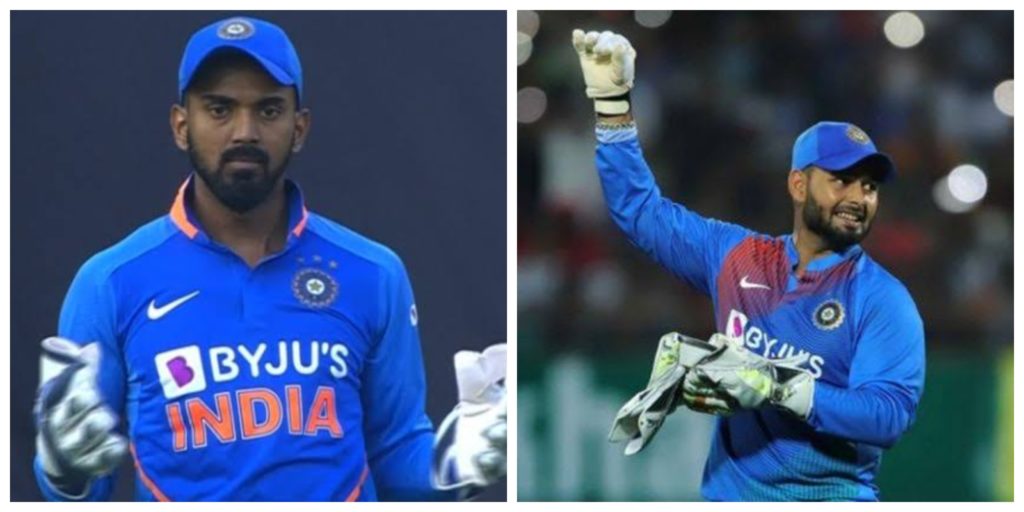 While it is easy to point out the flaws and stress on it, Rishabh Pant’s glovework has been under the scanner way more than required. The mistake by the upcoming star is often blown out of proportion which adds to the pressure.

Much of criticism directed towards Pant is due to the level of the standard set by his predecessor MS Dhoni. In fair hindsight, the left-hander has had a good year with the gloves which includes setting the record for the fastest ever to 50 dismissals but has been on the wrong side owing to his mistakes, which is completely expected from a 21-year-old.

Being a wicket-keeper needs a special set of traits which include flexibility, reflexes and a presence of mind. While both the contenders have displayed those traits during their time in gloves, Rishabh Pant edges in sharpness as he keeps the wicket more consistently.

KL Rahul is the perfect candidate for a backup wicket-keeper and despite being the first choice keeper for his IPL franchise, it takes more than a sporadic supreme performance to topple the chosen one.

Rishabh Pant has been a project labelled by the BCCI and although still a work in progress, he has shown his worth in the short stint so far. With time and guidance, he is bound to be a gifted gloveman which may be tampered with if Rahul is given the nod ahead, especially in limited-overs.

Although the inclusion of Rahul as a specialist keeper might lead to a more balanced team, it will lead to a loss of an X-factor in the form of the 2016 U-19 World Cup member.

Yet another aspect that needs to be inspected is the loss of KL Rahul the fielder if he is elected to be kept behind the wickets. Pant, who is not familiar with being deployed in the outfield will be a liability rather than an asset in Kohli’s perfection-seeking fielding unit.

In conclusion, Rishabh Pant offers a lot more than Rahul in terms of the assets behind the stumps. It is necessary to maintain consistency rather than shuffling which is why Pant should remain as the first choice keeper with the cushion in the form of KL Rahul, who visibly is an excellent choice for a back-up wicketkeeper.

Nayan Mongia says KL Rahul is a better wicketkeeper than this Indian legend!