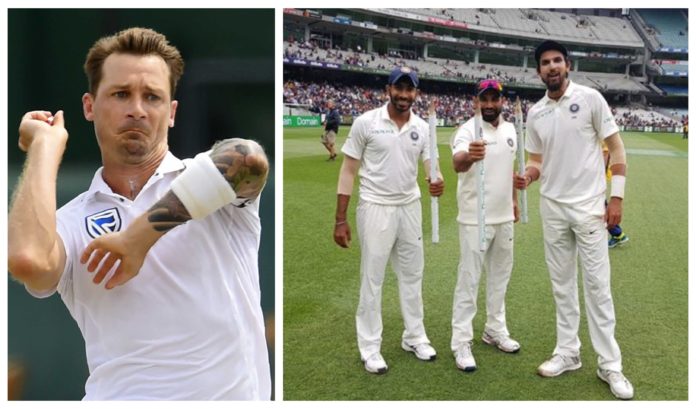 The Indian pace attack has seen a massive surge as of late which has substantially reduced the load on the batsmen which usually was not the case before. One of the most lethal bowlers to grace the longest format of the game, Dale Steyn termed the Indian pace attack a cut above the rest when it comes to red-ball cricket. 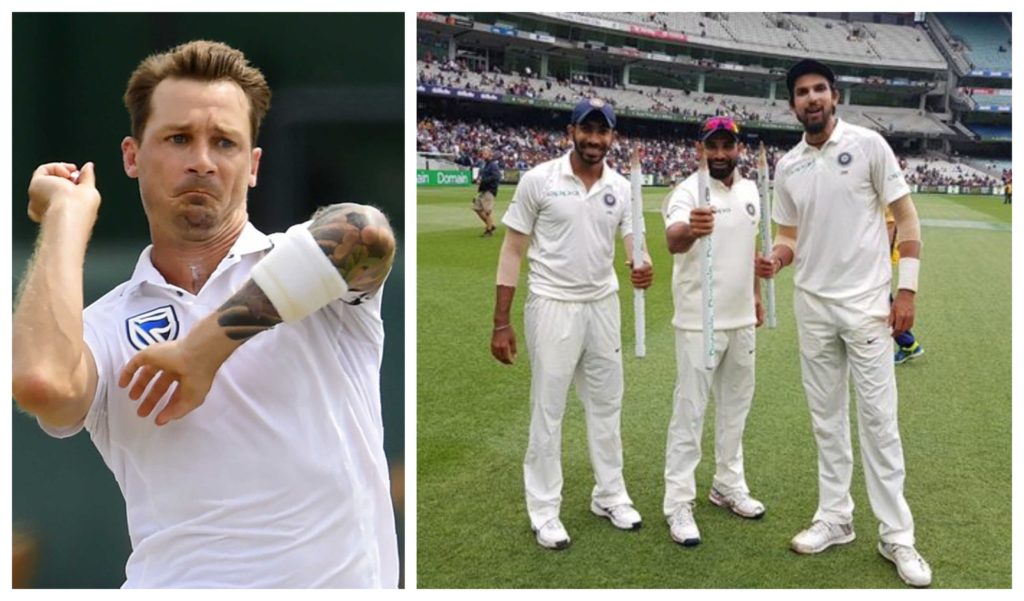 Recently acquired by the Royal Challengers Bangalore for a third stint, Dale Steyn answered a wide range of questions which also included the one where a user asked the speedster’s take on the most lethal pace attack in test cricket going around at the moment.

To which, the South African replied “Tight call…. probably gonna go with India” Check out the interaction below:

The four-pronged Indian pace-attack comprising of Jasprit Bumrah, Mohammad Shami, Ishant Sharma, and Umesh Yadav has received universal acclaim for their exploits over the last 12 months.

The pace-attack contributed towards a staggering average of 15.56, which marks the best for a calendar year for the last 67 years.

Bumrah and co. showed their potency in each of the test series right from India’s triumph Down Under to the demolition in the Caribbean and Proteas’ humiliation.

Dale Steyn meanwhile got acquired by three-time IPL finalists Royal Challengers Bangalore for his base price of Rs 2 Crore after being unsold in the initial rounds.

The veteran was also asked about his favourite bowling performance to which he ranked his historic figures of 7-51 against India in Nagpur as his best.

He also commented on the recent coaching revamp in the South African Cricket structure by stating that it is a sign of good things to come. The pacer also believes that South Africa have a good chance against the visiting English side.

“Big chance…England weren’t convincing in New Zealand, that’s not to say they are not good. I’m just saying they didn’t look the part. Under Bouch, I feel we have it covered, but it’s going to be exciting.”

To conclude, Steyn mentioned that his favourite bowler at the moment is Australia’s, Pat Cummins.