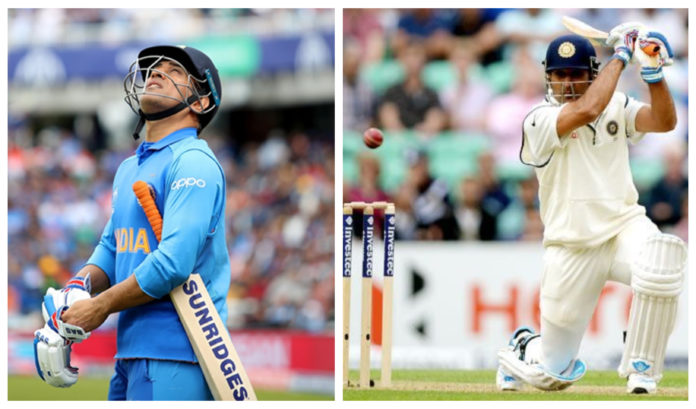 India celebrated their Independence Day with aplomb despite the restrictions set in place and as it subsided, the nation was hit with the news of MS Dhoni bidding farewell from the international circuit. Even while bowing out, MS Dhoni was unpredictable, much like he was during his playing days. His arrival as a scrawny long-haired batsman marks the polar opposite of his departure as one of India’s greatest cricketers. While he won’t be donning blue anymore, his contributions on the field will live on right from the die-hard cricket enthusiast to the aspiring youngsters who aspire and wish to emulate the living legend.

With an international career spanning 15 years, MS Dhoni managed to rack up 350 ODI appearances, 90 tests and 98 T20s. Entering into the scene as a brash power hitter, the wicket-keeper batsman moulded like clay as time progressed. With appearances across the entire batting line-up spectra, Dhoni was arguably one of the most versatile batsmen the world has seen. Having played numerous memorable knocks across all three formats, let us have a look at Captain Cool’s top 10 innings in the international circuit. 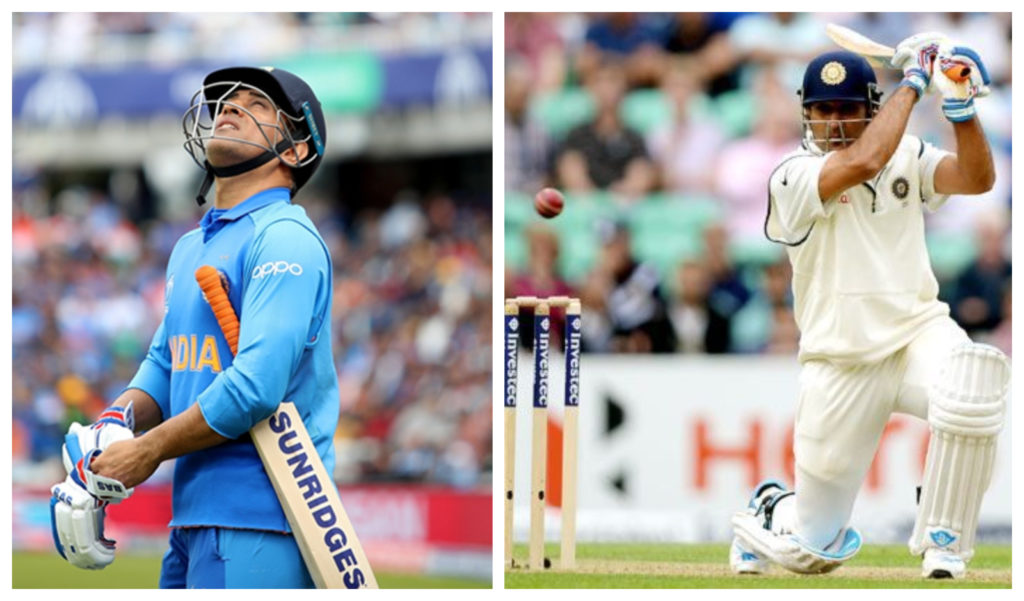 Relatively coming down the order and considering India’s top order strength, MS Dhoni’s imprint in the International T20 circuit was overshadowed with his other exploits. While often coming on to add the crucial runs during the fag end of the innings, the Ranchi-born cricketer only registered two fifties, one of which came against the visiting England side.

Batting at No.4 in a rare instance, Dhoni took full advantage after coming onto the crease in the eighth over. The World Cup-winning skipper dug in until the last over en route a memorable knock of 56 which included 5 fours and 2 sixes. After watching a vintage Dhoni and Yuvraj finish off the innings, the Chinnaswamy crowd were rewarded with a stunning spell of bowling by Yuzvendra Chahal who picked up a 6-wicket haul.

Trailing 2-1 in the series, the teams had flown to Nagpur to play the final test. The Nagpur dustbowl was dominated by spinners. India’s four-pronged spin attack bowled in excess of 120 overs to dismiss England for 330.

India were quickly reduced to 71-4 in their first innings which brought upon one of the most diligent partnerships between Virat Kohli and MS Dhoni. The former India skipper dug in for 246 deliveries in the scorching Nagpur heat to take India closer to the first innings total. All of Dhoni’s hard work was agonizingly undone as he was caught short of his crease on 99 courtesy of a direct hit by Alastair Cook. The marathon knock which lasted over six and a half hours consisted of eight fours and a solitary six.

Coming at No.7 in the previous encounter, Dhoni only mustered 3 runs off seven deliveries. Only 29 runs were scored across Dhoni’s first four innings in ODI cricket, the batsman decided to make amends, Pakistan had to bear the brunt of it.

Promoted to No.3 in Vishakapatnam, the wavy curls which popped out of the helmet got to work as India got its first perception of the enigma that is Mahendra Singh Dhoni. After a lethal partnership with Virender Sehwag for the second wicket, Dhoni only left the crease after 40 overs with 148 runs to his name. Pakistan bowlers were punished to death as 84 runs of those came in boundaries.

Aiming for their first test series win in England since 1986, India were led by Rahul Dravid. The team were in a spot of bother at the Home Of Cricket until MS Dhoni bailed out the Men In Blue to keep them alive.

Chasing a mammoth 380 in the final innings, India were reduced to 145-5 with more than 40 overs remaining on the final day. With victory off the table. MS Dhoni stuck around with the tail to aid India’s fightback for a draw. The inaugural T20 World Cup winning captain held the fort for more than 3 hours to drive England into frustration. Dhoni’s unbeaten 76 off 159 proved to be the mainstay as India succeeded in drawing the encounter by a single wicket and went on to win the series as well.

While mega hundreds and finishes always pop up when it comes to Dhoni’s finest crafts in the art of cricket, this is an innings which will always be overlooked. Playing in a do or die encounter against host nation South Africa, Dhoni led from the front on a vicious Durban surface.

Rohit Sharma’s arrival and Dinesh Karthik’s grab in the slips will always be the highlights of the historic encounter. However, lurking through the shadows of these moments is MS Dhoni who rescued the team from 61-4 in the eleventh over. Digging until the final over, the skipper’s 33 ball 45 propelled the Men In Blue to a competitive total of 153-5.

After convincing the seniors about his capabilities, Dhoni was yet again promoted to No.3, but this time in a nervy chase of 299 in Jaipur.

Entering the crease in the very first over itself after the departure of Sachin Tendulkar, Dhoni unleashed a barrage which hampered Sri Lanka’s hopes of defending the score. MS Dhoni’s Midas touch prolonged as he registered the highest score by a wicket-keeper by surpassing Adam Gilchrist. The innings was glittered with 10 sixes as the batsman scored 183 out off the 303 runs scored by the team.

One of Dhoni’s rare exploits in red-ball cricket saw Australia down on their knees and hapless in the Chennai heat. Chennai’s adopted son’s lone double hundred came in the playground that is the MA Chidambaram stadium.

Australia recorded an impressive score of 380 in their first innings thanks to skipper Michael Clarke’s ton. However, the score was dwarfed with the Indian team’s effort which racked up 572 runs, effectively playing Australia out of the game. MS Dhoni’s superlative performance saw an onslaught on spinner Nathan Lyon in particular. The innings, which saw six sixes and an impressive strike rate of 84 is arguably Dhoni’s finest outing in whites.

One trait that MS Dhoni has managed to earn is his dependability. The fans in the stadium and millions watching always had a reason to watch the match as long as MS Dhoni’s wicket was intact.

In this instance, MS Dhoni walked into the crease with the top order back in the hut. The Chennai Super Kings skipper waged a lone battle to steer India past the 300-run mark from 76-4. Dhoni’s remained unbeaten as the team collapsed right in his sight. The innings of 139 off 121 had 12 fours and five maximums.

Arguably one of the most anticipated series flagged off in late 2012 as Pakistan toured India after an interval of 5 years. Pakistan pacers ran riot to reduce India to an embarrassing score of 29-5.

The last recognizable batting pair of Suresh Raina and MS Dhoni began an improbable rebuild. While Raina left halfway, the Indian skipper stayed on till the end in excruciating humidity to register his 7th ODI hundred and give India a fighting chance with a total of 227 after 50 overs. The patient three-hour knock saw 7 fours and 3 sixes.

A 28-year-wait, the buzzing pressure inside the Wankhede stadium along with the trepidation of an entire country was not enough to unnerve the captain of the Indian cricket team, Mahendra Singh Dhoni.

Handed a 275-run target by the Sri Lankans, India were derailed off their course from the word go. With the in-form openers back in the hut within the first six Rivers, the onus was on the middle-order to get the job done. MS Dhoni promoted himself up the order ahead of Yuvraj Singh to combat the threat posed by spin twins Suraj Randiv and Muttiah Muralidaran.

Captain Cool started slow but switched gears without taking risks and shared a sensational stand with Gautam Gambhir. The skipper then finished things off in style to hand India their second World Cup. He was adjudged as the man of the match for his unbeaten 91.

The 23-year-old who seemed out of place after a mid-pitch mishap leading to his runout for a duck in his first fixture now leaves with his head held high and his legacy surely cemented in its place.

MS Dhoni will lead the Chennai Super Kings in the upcoming IPL season which starts next month in the UAE for which the wagers are available here.