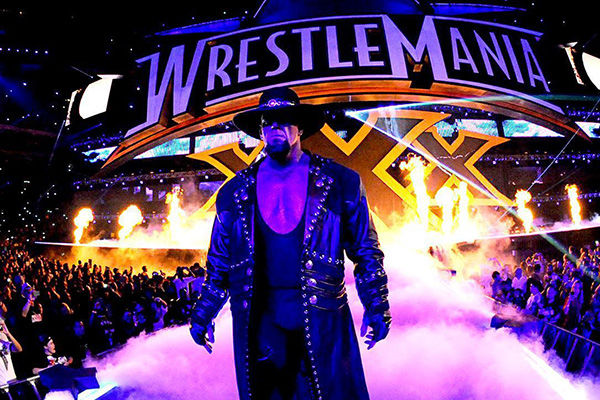 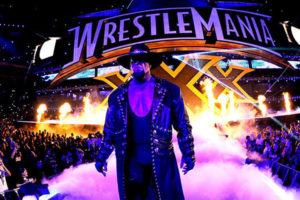 During his legendary 28 year career, The Undertaker has made WrestleMania his backyard. The Phenom holds a 24-2 record at the Grandest events of all in sports entertainment and it would be fitting if he were to hang up his boots there when the right time arrives.

Questions have once again been raised about Taker’s future in the WWE and many have jumped to the conclusion that WrestleMania 35 could be his last bow. Furthermore, it is also expected that the 53 year old could be inducted into the WWE Hall Of Fame around the same time, two days prior to the Show Down PPV at the MetLife Stadium in New Jersey.

But until then, the WWE Universe can only ponder about a worthy opponent who is capable enough of headlining Undertaker’s final bout.

Meanwhile, The Undertaker has been lingering with his retirement for a while now. Following his defeat to Roman Reigns at WrestleMania 33, The Deadman hinted at parting ways as he laid down his hat, jacket and gloves in the ring and exited the arena.

However, Taker has been very involved this year in WWE assignments when compared to recent years. He made a brief appearance on SmackDown 1000 last week and sent a very direct message to Degeneration-X ahead of their clash next month where he teams up with his brother Kane against Triple H and Shawn Michaels at WWE Crown Jewel in Riyadh, Saudi Arabia.