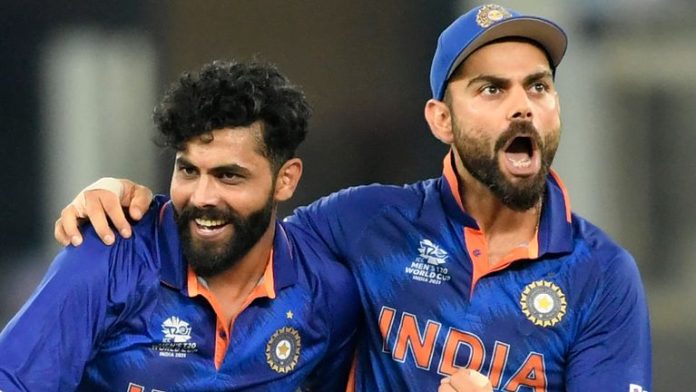 Team India executed a clinical win over Scotland to keep their hopes alive for a berth in the semi-finals. The Men In Blue defeated Scotland by eight wickets and over 13 overs to spare in a dominant outing that provides a boost to their net run rate as well. 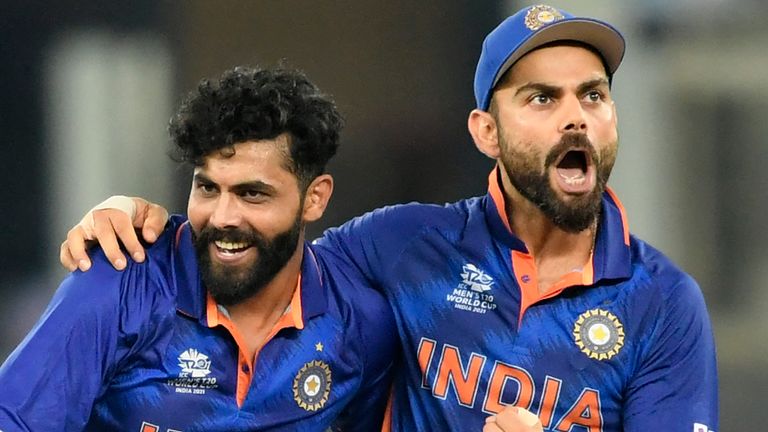 Following the culmination of the match, Kohli admitted that the plan was to restrict Scotland in the region of 110-120 in a bid to chase the target swiftly and increase their net run rate in the process. However, the bowlers went a step ahead and managed to bundle out the opposition for a paltry 85. During the post-match presentation, Kohli lauded the performance by the team. He said:

“A dominating performance. After the last match, it was something we were striving to. I don’t want to say too much about today because we know how we can play. Few variables came into play. Toss can be relevant in T20 cricket. We are glad to be back in our mojo. We spoke about 100-120 runs max but we restricted them. The execution was spot on. That gave us an opportunity to leapfrog everyone else.”

Ravindra Jadeja was adjudged as the man of the match for his career best match figures of 3-15. He was supported well by the rest of the bowling attack.

We spoke about finishing in the 8-10 over bracket: Virat Kohli

With the target being set at 86, India had to chase it in 7.1 overs in order to climb above Afghanistan in terms of net run rate. To finish over New Zealand’s net run rate, they had to chase the score down the total in 8.4 overs. Kohli stated that the team were on the lookout to scale down the score in the bracket of 8 overs to 10 overs since the prospect of chasing in 7 overs seemed too risky. Kohli added:

“You don’t want to go in with six-over or seven-over mark because then you’re doing too much. We gave that bracket and allowed them to get that momentum. If you look at our practice games as well, the guys have been batting like that,”

The opening batsmen KL Rahul and Rohit Sharma straightaway went after the Scotland bowling unit and registered 70 runs for the first wicket in five overs. KL Rahul departed after scoring his fifty in just 18 deliveries before Kohli and Suryakumar Yadav finished things off in style.

Virat Kohli reacts after ending the toss curse on his birthday