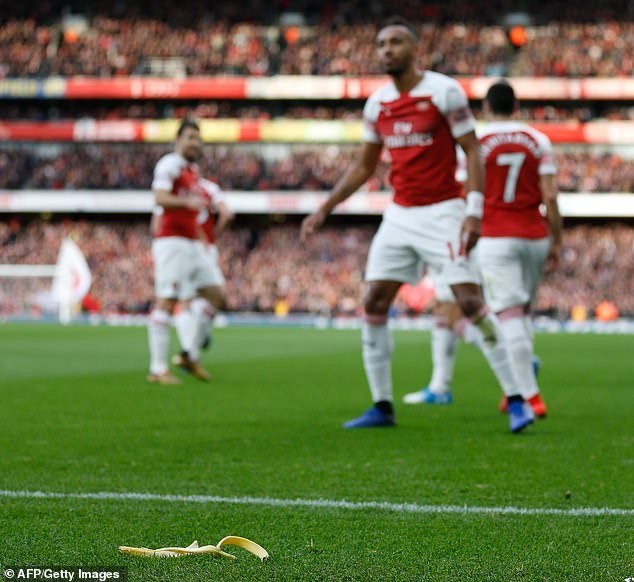 Arsenal are under a massive transformation , grinding out wins after wins including derby clashes , most memorably the North London derby. A solid , enthralling , and a convincing Gunners win that ended 4-2. 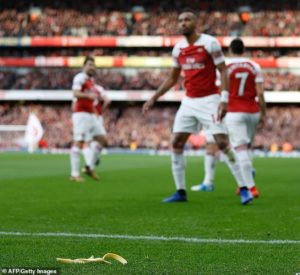 Much of these performances are courtesy of the new breed of Arsenal strikers : Lacazette and Aubameyang. Perhaps, Aubameyang’s 2 goal spectacle of a performance was too much to take for a set of Spurs fan this weekend as they ended up throwing a banana on to the pitch as a racist gesture.

Word from local police is that the responsible individual has been arrested along with other problematic attendees from the weekend.

Metropolitan Police confirm there were seven arrests made during the NLD.

Press Association Sport understands one of those arrests came after a banana was hurled from the away end as Pierre-Emerick Aubameyang celebrated scoring an early #AFC penalty in front of the Spurs fans.

The double against the visitors saw the Gabon international become the first player to score with 10 consecutive shots on target in the Premier League since October 2007. Also, he sits atop the Premier League goalscoring chart with 10 goals.