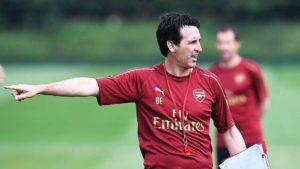 The Gunners have not been successful to qualify in the Champions League for last few seasons. If they are able to finish in the top four positions in the Premier League after the end of this season, the transfer budget will certainly increase for the Gunners.

Arsenal badly need some inclusions in the central defense to do well in the Premier League as well as in Europe in the next season. The pair of Koscielny and Mustafi are not performing as expected. The inclusion of Sokratis Papastathopoulos did not help much to strengthen their defensive unit.

Samuel Umtiti might just be the right choice for the Gunners to solve their defensive problems. Umtiti is not getting regular chances for the Catalan Giants after recovering from his injury. So, he might also wish to join the Gunners in the next season to play regular first team football.

Olivier Giroud not certain about his future at Stamford Bridge