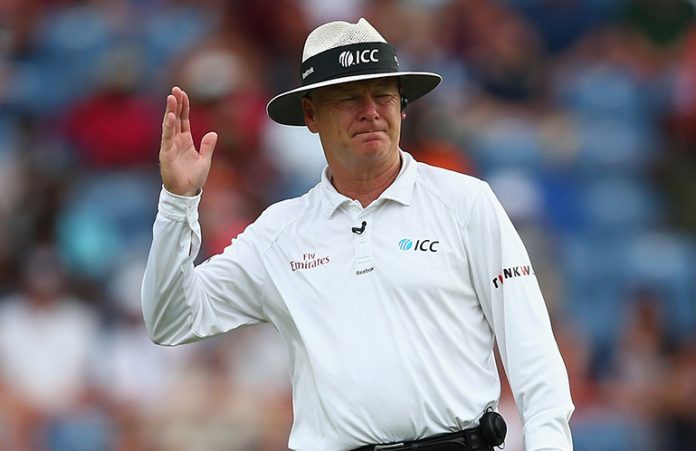 International umpire Bruce Oxenford is set to retire from International cricket across all the three formats of the game after having a great career spanning over 15 years as an umpire.

Bruce Oxenford has announced his retirement, officially to step down in April Oxenford is a regular member of the Emirates ICC Elite Panel of Umpires since 2012 and he has officiated in 62 Test matches. The last match officiated by him was the final match of the Border-Gavaskar Trophy between Australia and India in Brisbane.

Oxenford had made his international debut at the Gabba in a T20I between Australia and South Africa back in January 2006.

Prior taking the duties as an Umpire, Oxenford represented Queensland in eight first-class matches as a leg-spin bowler and lower-order batsman.

Though he is set to retire, the Queensland native will continue to oversee domestic fixtures.

On his retirement he said: “I look back with pride at my international career as an umpire. It is still hard to believe that I officiated in close to 200 international matches. Such a long career was not really something that I had hoped for before commencing on this journey.”