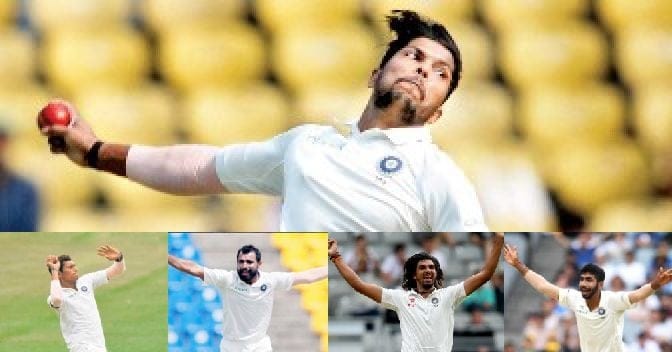 Fast Bowler Umesh Yadav who is currently touring Caribbean with the Indian Team for the two-match test series believes that the competition among the current lot of Indian bowlers  to seal a spot in the playing XI is a positive sign for the Indian cricket team and helps the players to improve individually. 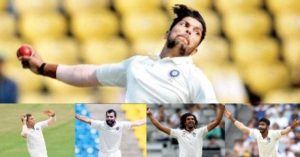 The Indian fast bowler had a great 2016-17 domestic test season and was also rewarded for with a spot in the champions trophy team, but with the likes of Ishant Sharma, Mohammed Shami and Jasprit Bumrah with additional pace of Hardik Pandya raising their hands on several ocassion it has been hard for Umesh Yadav to find a place in the Playing XI.

The Pacer who was integral part of the Indian team who won the test series in Australia, credited his coach Sobrato Banerjee at the academy in Vidarbha who helped him improve his pace and bowling regime after a hectic 6-weeks of IPL.

The Indian Pacer looked in good touch during the warm-up game against the Windies team as he returned with figures of 3/19 after 10 overs . The Pacer said “I gave myself some time to work on my errors and get my rhythm back. There are times when everything is going good but your mind is distracted thinking that things are not going the way you want it to be going. To get away and think, that space of mind is important. I did the same. I went home, spoke to my coach, cleared my thoughts and got clarity.”

India are all set to play their first test match of the series at Antigua on 22nd August.