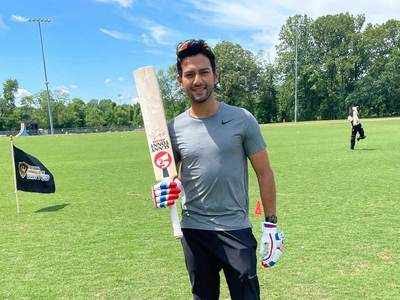 The 28-year-old Unmukt Chand, was the ‘Man of the Match’ who led the U19 India cricket team to victory in the 2019 U19 cricket World Cup. Chand popularity sky rocketed after the U19 captain recorded a score of 111 not out.

But all shows come to an end. Chand was unable to live up to the expectations of the public, his peers and coaches alike. The cricketer has now announced his retirement on Twitter which is a shock for his fans, but chances are he is going to play in the T20 league in the United States.

“Though a part of me is not at peace with the way things have unfolded in the last few years, I still choose to see the silver lining and with fond memories bid adieu to BCCI and seek better opportunities around the world.”

“Cricket is a universal game and even though the means might change, the end goal is still the same – to play cricket at the highest level.”

Chand is not the first cricketer to take this route. Before him Smit Patel announced his retirement to play in the foreign leagues.

According to the BCCI’s terms and conditions, all the players that are registered under the organisation are not allowed to play in the foreign leagues which leaves only one option to the cricketers–retirement.

In his note, he further expressed how he felt after winning the world cup and how special the moment is for him. He also thanked BCCI for giving him a opportunity to do what he loves.

“Personally, there have been quite a few glorious moments in my cricketing journey in India. Winning the U-19 world cup for India is one of the biggest moments of my life. It was a special feeling to lift the cup as a captain and bring smiles to so many Indians across the world. I can never forget that feeling. Also, leading India A on numerous occasions and winning various bi-lateral and tri-series, are etched in my memory forever.

Big thanks to BCCI for giving cricketers like me a platform to express and showcase our skills through so many camps, age group and senior board tournaments and the IPL.”