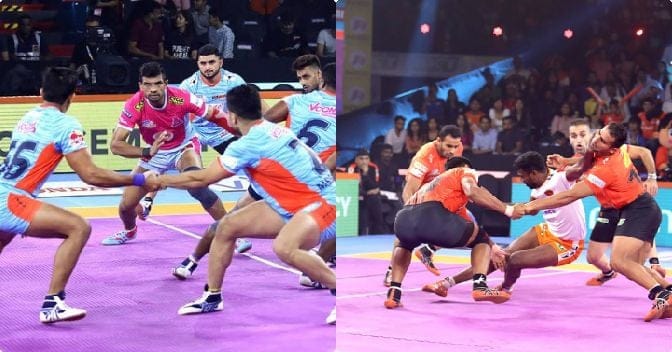 The Mumbai leg of the PKL season 7 started with the Maharashtra derby at the NSCI SVP stadium on Saturday. With a win over the arch-rivals Puneri Paltans claimed the bragging rights, Whereas as a win over the Warriors gave the Jaipur Pink Panthers their second win of the season with a good comeback in the second half of the game. 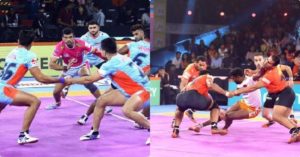 A lead in the last moments of the game helped the Pink Panthers win the game by just two points. 8 tackle points by the star defender Sandeep Dhull and most of it coming in the later part of the 2nd half helping the Pink Panthers get their second win of the tournament. Warriors star raider Maninder Singh completed 450 Raid touch points in PKL.