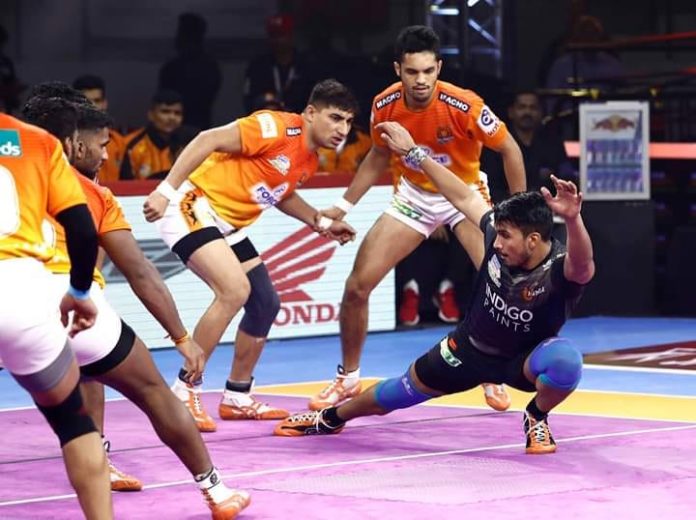 The 75th game of Pro Kabaddi League season 7 saw the U Mumba come from behind to tie against rivals Puneri Paltans in the Maharashtra Derby at the Kanteerava Stadium in Bangalore. U Mumba had the initial lead against the Puneri Paltans at half time but threw it away as soon as the second half started courtesy some great raiding and defending by the Anup Kumar coached Puneri Paltans. 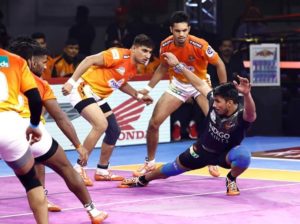 It was Manjeet who showed both defending and raiding competency to guide the Puneri Paltans from an early all-out. Manjeet completed 6 raid points and 4 tackle points taking his points tally to 10 for the game. His opposite number Abhishek Singh was the pick of the raiders for the U Mumba team as the young man from Punjab scored yet another super-10. Balasaheb Jadhav and Sandeep Narwal were the other defenders who showed prominent performances as the star Mumba Defender Sandeep Narwal went on to score 4 tackle points.

The last day of the Bengaluru Leg will see the Patna Pirates take on UP Yoddhas and Bengaluru Bulls take on arch-rivals Telugu Titans.