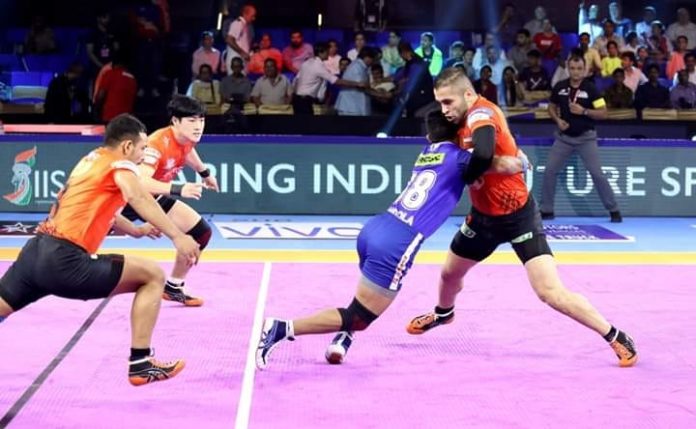 U Mumba rose to the fourth spot in the vivo Pro Kabaddi Season 7 standings with a 39-33 win over Haryana Steelers at the Shaheed Vijay Singh Pathik Sports Complex in Greater Noida on Thursday. Ajinkya Kapre was their best raider on the night and scored nine raid points, while ‘Sultan’ Fazel Atrachali scored eight tackle points. 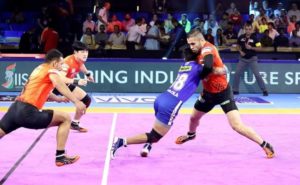 The two teams didn’t take long to get on the scoreboard and were both in the lead during different stages of the opening quarter. Haryana Steelers were close to inflicting the first All-Out of the game after reducing U Mumba to three men at one point. A Super Tackle by Atrachali though halted Haryana Steelers momentum and brought parity to the scoreline.However, nothing separated the two sides at the break with the score tied at 15-15.

The final quarter of the encounter saw Haryana Steelers looking to force their way back into the contest. They had reduced the deficit to two points with a little over three minutes left to play, however, a crucial two-point Do-or-die raid by Dong Geon Lee and some astute defending in the closing stages gave U Mumba the win.