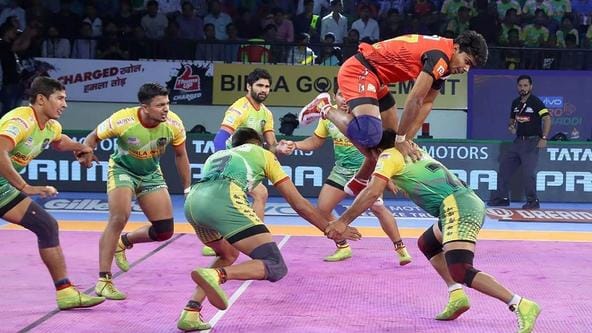 The most anticipated opener of the Pro Kabaddi League season 7 was played today in the Gachibowli Indoor Stadium at Hyderabad where the hosts Telugu Titans took on the winners from season 2, U Mumba which is led by the inspirational Irani, Fazel Atrachali. In the second game of the day the defending champions Bengaluru Bulls took on the three-time Pro Kabaddi League Champions Patna Pirates. 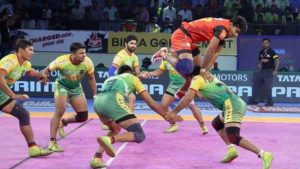 This game was more or less Siddharth Desai vs U Mumba and it to turned out to be the same as tackling Desai and keeping him on the bench helped Mumba to take control of the game, but they were uncertain about Rajnish the new recruit of the Telugu Titans who got a total of 8 points. Abhishek Singh, the Mumba raider scored a total of 10 points in the game making him the first player to get a super 10 this season. Fazel Atrachali and Sandeep Narwal were the stand out defenders for their team as both kept Desai quite for the first half of the game and helped U Mumba win the game.

When the defending champions took on the three-time Pro Kabaddi League champions everybody knew it was going to be a mouth-watering fest for the fans watching the game. Star Raider Pawan Sehrawat and Pardeep Narwal showed why they are called stars and both of them proved their worth. Mohammed Esmaeil Maghsodlou the Irani recruit for the Patna Pirates showcased a good all-round performance by scoring 9 points. Amit Sheron became the first defender in the tournament to score a high-five. Bulls won this game by a mere two points.