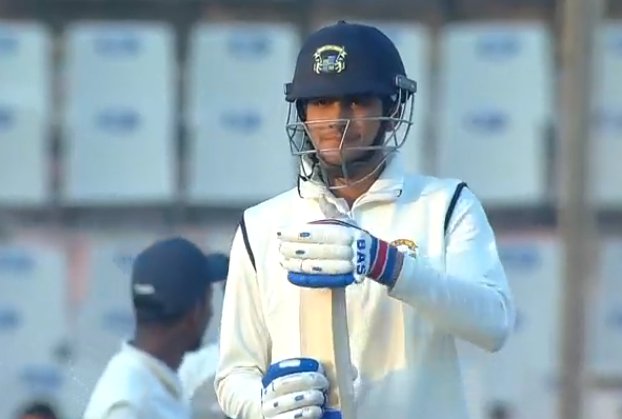 Tamil Nadu needed consecutive wins to get through to the next round of the Ranji Trophy. After faltering in their first innings for 215, the Tamil Nadu bowlers would have looked to wreck havoc at the Punjab batting lineup. But little did they know that they were going to fall victims to a masterclass innings from Shubman Gill. 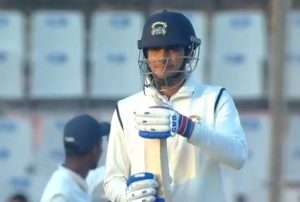 It isn’t a joke being rated as a tremendous potential by both Rahul Dravid and Yuvraj Singh. Living up to the expectations, the U-19 sensation scored a mammoth 268 to put his team, Punjab, in firm control of the match.

Opening the batting with Jiwanjot Singh in pursuit of the 215, Gill took the attack to the bowlers, scoring at a brisk pace. Him along with Jiwanjot added 107 for the first wicket where the latter played a calm innings.

While Natarajan was able to remove Ammolpreet Singh for just 7, Mandeep who came next arrested any further fall of wickets. The partnership between Gill and Mandeep went from strength to strength and helped Punjab gain the upper hand. Gill kept hitting boundaries and was not afraid to hit the ball in the air, while Mandeep overcame spells of slow scoring to keep the runs flowing.

At the close of play on day 2, the duo remained not out with Gill stationed at 199, needing just another run for his double century. Continuing from where he left off, Gill completed his magnificent double century today morning.

Following his milestone, Gill started to go all guns blazing with both Yuvraj Singh and Gurkeerat Singh giving him some valuable company in the middle. Gill unleashed a wide array of shots and never looked in trouble throughout his knock.

Finally he was removed after scoring a well deserved 268 as he was caught out to Dinesh Karthik by the bowling of Kishore. But damage was already done as Punjab were already ahead by 254 runs at this stage.

They went on to score another 10 runs before the team eventually became all out for 479. Having been powered to such a huge lead by Gill, Punjab will now look to pocket all the points via an outright win vs Tamil Nadu.