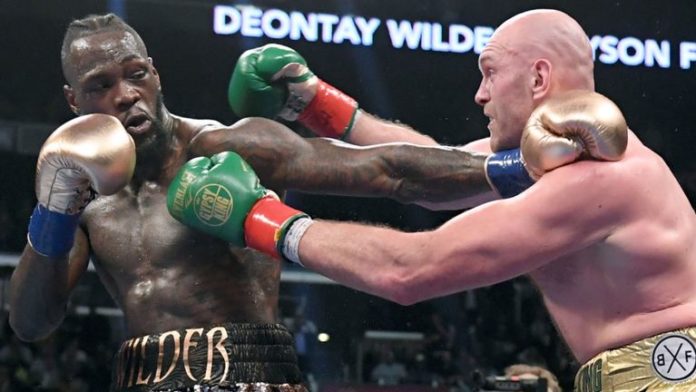 The much-awaited heavyweight rematch between WBC heavyweight champion Deontay Wilder and lineal champion Tyson Fury is off according to World Boxing Council. 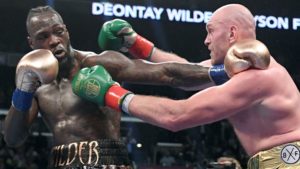 The WBC had ordered a rematch after both Fury and Wilder battled to a majority draw at the Staples Center in Los Angeles last December. The result left fans furious around the world as most thought that the British heavyweight star had won the fight.

.@BronzeBomber vs @Tyson_Fury is officially not happening next. The @WBCBoxing has received communications as our process and while WBC Champion Wilder confirmed its willingness to fight the rematch, Fury will take on another fight with expectations to do rematch at a later date pic.twitter.com/ZFz5Jtft51

“BronzeBomber (Wilder) vs Tyson-Fury is officially not happening next. While WBC champion Wilder confirmed his willingness to fight the rematch, Fury will take on another fight with expectations to do the rematch at a later date“. WBC president Mauricio Sulaiman wrote on Twitter.

Last week the British heavyweight star signed an exclusive five-fight deal worth $103 Million with ESPN and a co-promotional agreement with Top Rank Boxing. Now since Wilder has an exclusive deal with Showtime Network, it’s unlikely we would see both fighters going at it again anytime soon.

The first fight was broadcasted on Showtime PPV in the United States and BT Sport in the UK. The fight sold around 325,000 pay-per-view buys and generated around $24 Million in revenue.

It’s expected that Tyson Fury will take a tune-up fight in May/June on ESPN to raise his profile in the United States.

VIDEO: Gervonta Davis brutally knocks out Hugo Ruiz in the first round to defend his featherweight title