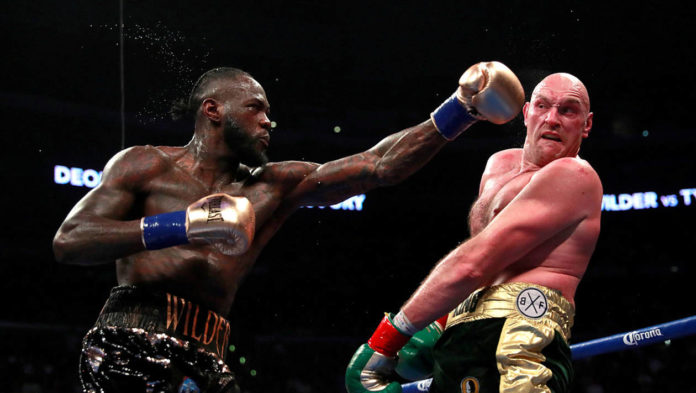 Tyson Fury and WBC heavyweight champion put on an entertaining title fight at the Staples Center in Los Angeles, California in December last year. Although, many people disagreed with the fight ending in a controversial draw, as judges gave Wilder the nod 115-111 on one card, Fury 114-110 on another and the third scoring the fight 113-113. 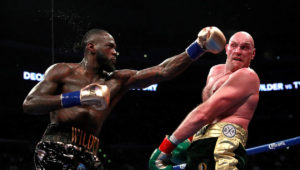 However, fans have been anticipating to see the rematch and according to Tyson Fury’s promoter Frank Warren, the rematch will take place in the first half of 2019.

“We’re trying to make that fight at the moment, everyone wants the fight and most importantly the fighters want it,” Warren told ESPN.

“The venue is looking like the US, that’s where the money is. Tyson was disappointed with the judging with the last fight, as I was, so a lot of things need to be sorted but the US is where they want it, probably in the second quarter.

“Vegas would be one of the options. I wouldn’t want to go back to California, I didn’t like working with the Californian commission and there were a lot of things we didn’t like there.

“Tyson is already in the gym working hard, ticking over, and I think we would get it [the fight versus Wilder] before June.”

The fight also makes big financial sense considering the first fight sold 325,000 PPV buys and it was the first PPV for both the fighters in North America.