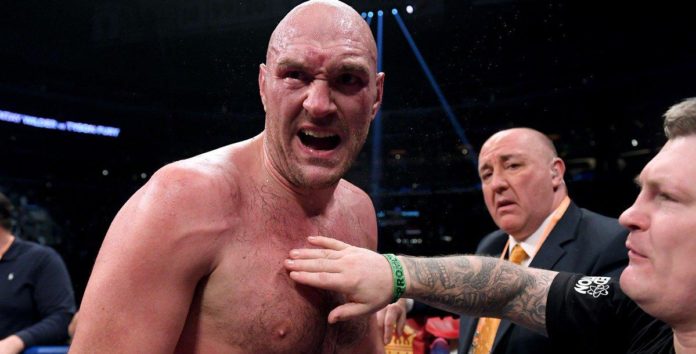 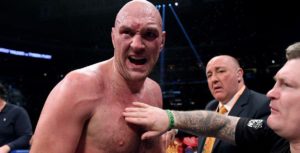 The deal is reportedly for Fury’s next five fight which will see him compete on ESPN in the United States and BT Sport in the UK and will be co-promoted by Bob Arum’s Top Rank promotions.

Big thanks to @MTKGlobal and @frankwarren_tv for getting this deal done. Now the best heavyweight on the plant has a home in 🇺🇸 @espn and a home in 🇬🇧 @btsport pic.twitter.com/lbOME1TM51

In the press release, it’s written that Fury will fight twice a year on the Network and his ESPN debut date will be announced soon. Fury is coming off of an incredible performance against Deontay Wilder at the Staples Center in Los Angeles last year. It was the biggest heavyweight fight in the US in more than a decade.

.@Tyson_Fury joined @GetUpESPN to remind everyone that he’s still the lineal heavyweight champ and looks forward to his new chapter with @trboxing and ESPN. pic.twitter.com/MXiBArrRDM

2016: Pops for PEDs and cocaine, stripped of belts

2018: Gets split draw with Wilder in fight he arguably won

However, his recent deal with ESPN could mean barriers in making the Wilder rematch.

“I’m delighted that Frank and Queensberry Promotions have teamed up with Top Rank to promote my fights in America,” Fury said. “With ESPN and BT Sport behind me, the biggest sports platforms in the world are now linked up with the best heavyweight in the world!”

“This is a great move for Tyson Fury and a great move for Queensberry Promotions,” Warren( Fury’s promoter) said. “By partnering up with ESPN and Top Rank in America, we’re giving our boxers, including Tyson, the opportunity to perform on the biggest and most powerful platforms on both sides of the Atlantic and become truly global stars.”