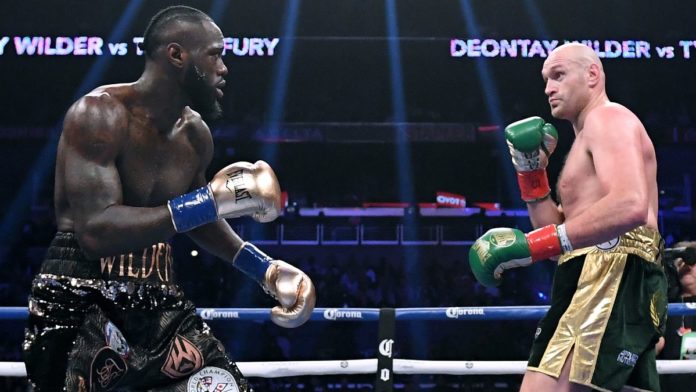 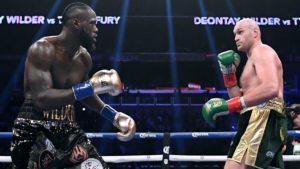 Both Wilder and Fury are set to make a big purse with Wilder taking home an estimated $14 million (£10.94 million) and Fury would earn around $10.25 million (£8 million).

Speaking at the post-fight press conference, Tyson Fury said that he will donate his entire purse to help the poor and the homeless.

“I don’t really have much use for it, I’m not interested in becoming a millionaire or a billionaire.

“I’m a boxer, not a businessman and ill probably go down the same route as every other boxer – skint at the end of it all.

“You can’t take it with you so I might as well do something with it and help out people who can’t help themselves.”

Fury made a come back after struggling from mental health and drinking problems where he ballooned up to 400 pounds and was on a verge of suicide. Fury knows what does it feel like to be in a vulnerable situation.

He said: “When I go home I’m going to build some homes for the homeless and set up some funds for drug addicts and alcoholics.

“I was always going to do it but being here (in California) gives me that extra push to go and do it even more.

“It has really opened my eyes to a lot of things and I’m leaving as a better person.

“There are a lot of homeless people on the streets here, more than I’ve ever seen ever in my life. I’m staying in downtown LA but if you go five minutes down the road there’s like – I don’t know – thousands of homeless people.

“I’m just an outsider with an opinion but it’s a situation that is happening all over the world, especially in the UK as well.”

Tyson Fury says that he will not keep the money he has earned and will give it back to society. He also said that he will not leave behind any money for his kids as they will make their own future.

“I believe all kids should make their own money in life because if they don’t, they won’t appreciate it.

“It’s easy to spend someone else’s money and the money I’ve earned is practically blood money.

“My kids have to make their own living and make their own way in life; they won’t be living off my name or reputation because that’s too easy a route.

“You see many of these rich people’s kids doing nothing because they had it too easy.

How can you not love Tyson Fury for this? What an absolute legend.