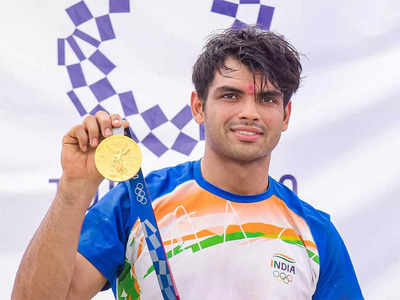 A video of Arshad Nadeem, Pakistan’s javelin thrower, holding the javelin of Neeraj Chopra has gone viral on social media. 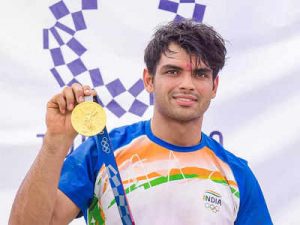 The video shows Neeraj looking for his javelin before the final round when his throw sealed the Olympic gold for him. The javelin in question was in the hands of Arshad. This has brought negative attention from people on Twitter. People are making assumptions that Arshad’s intention was not good.

Another account wondered what Arshad was thinking while holding his javelin.

“In this video, Pakistan’s Arshad Nadeem caught red-handed with #NeerajChopra’s javelin. Why would anybody pick someone else’s javelin just before the throw? What was he even thinking?”

In an interview with Times of India, Neeraj had mentioned this incident. He was seen making his throw in an hasty manner and it was because he had lost his javelin before finding it in the hands of Arshad to him he said, “Bhai (brother) give this javelin to me, it is my javelin! I have to throw with it.”

Neeraj managed to make a throw of 87.58m to secure his first spot at the marquee event. The javelin thrower had qualified for the event in his first attempt itself.

Qualifying in the first attempt itself is sure to boost one’s confidence but not Neeraj’s. The athlete remained humble and instead mentioned how it is entirely unpredictable. There are athletes who do excellent in the qualifying rounds only to falter in the finals.

“Every day is different, as sometimes an athlete who doesn’t throw well in qualifying rounds, does well in the final. In the final everyone gives 100 per cent. I just had in mind that I would give my best and I did.”

The 23-year-old did not let the pandemic break his spirit. He continued training despite the strict protocols.

“Current times are far from normal but everyone has to go through it (Covid-19 test) so I feel it has now become a part of our life. Focus remains on training but need to follow all precautions.”