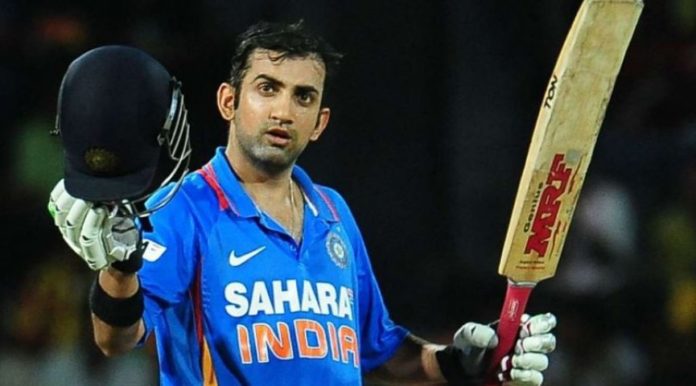 One of the most iconic and lovable players of the Indian Cricket team and the guy that is responsible for India winning at 2007 T20 and 2011 World Cup final matches, Gautam Gambhir has finally announced his retirement from all forms of International Cricket.

He will be last seen at the Ranji Trophy fixture against Andhra Pradesh starting on 6 December at his home ground in Delhi’s Feroz Shah Kotla to be the final game of his 15-year long career. 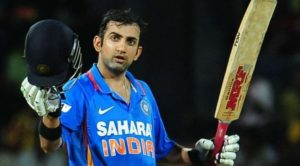 The most difficult decisions are often taken with the heaviest of hearts.

And with one heavy heart, I’ve decided to make an announcement that I’ve dreaded all my life.

Gambhir announced his retirement via an 11-minute long video, where he said:

“After more than fifteen years of cricket for my country, I want to retire from playing this beautiful game. Two World Cups, highest run-getter in the final of both games, it is the stuff that dreams are made of.”

Twitter united to pour their respects and paid tribute to the Cricketing legend with #ThankYouGambhir trending at the top spot.

Congratulations on a phenomenal career, @GautamGambhir!

#GautamGambhir 's retirement is a good news for Dhoni fans after long time coz Dhoni isn't talented enough to give good news.#ThankYouGambhir

Gautam Gambhir Announces Retirement From All Forms Of Cricket. Thanks For Giving Us 2 World Cups, The Unsung Hero Of World Cup Finals. 👏🙏🇮🇳#GautamGambhir #ThankYouGambhir pic.twitter.com/sVhtUaT7Kw

Still remember this game where gambhir was sledged continuously by Aussies and he took them on single handedly, kept smashing them all day with the bat and verbals too.#ThankYouGambhir pic.twitter.com/1918ihCTtS

The one hero of Indian cricket who deserved much better treatment. A hero without whom our dream of cricket world cup couldn't come true. You are champion Gauti, and will always remain one! #ThankYouGambhir https://t.co/6uiPg2otlU

Gambir: Tell me something i don't know..

Just In : Gautam Gambhir announces retirement. M S Dhoni finds it difficult to control himself to steal his credit yet again by announcing his own retirement. #ThankYouGambhir

Gautam Gambhir once gave his MOM award to Virat Kohli.
Never saw such gestures from any one else❤️️ #ThankYouGambhir pic.twitter.com/CDSjtGN6i7

That Dedication In the 2011 World Cup Final Said It All…#ThankYouGambhir pic.twitter.com/twNltKgtRY

That Dirt shows what you haD Done for the country anD how you passionate about it. That two FinaLs were aLways be RemembereD for your heroic inninGs.
Miss you Gautam Gambhir 💔#ThankYouGambhir ❤🙏 ! pic.twitter.com/yd4oM0ArAt

Congratulations @GautamGambhir on a fantastic career. You can be very proud of the way you played every time you stepped on to the cricket field. I cherish the truly memorable moments we shared & am sure you will continue to serve the country in your own ways. #ThankYouGambhir

Join the chain by commenting: #ThankYouGambhir 💜

A big match player and a tough nut to crack in Tests – Indian cricket will miss his 'Gambhir' impact! 🙌 #ThankYouGambhir pic.twitter.com/RSkGmHCTj9

Players with a 50+ score in Finals of both World Cup and World T20:

Captains are chosen. Leaders are born. Go well Gauti. Indian cricket will miss one of its greatest leaders ever. #ThankYouGambhir https://t.co/htZYzDYGyp