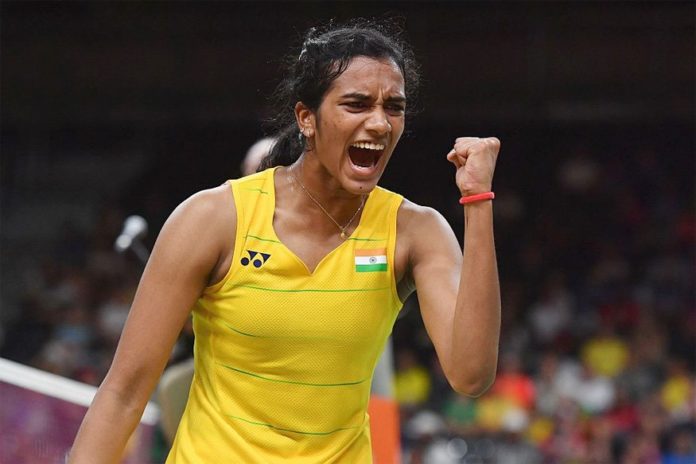 This victory was very important because she hadn’t had the brightest of luck in the finals as she won gold today after seven straight final losses. She won two straight games with a marvellously crafted 21-19, 21-17 victory. 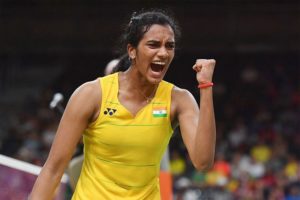 She had lost at this very stage last year when she was up against another Japanese – Akane Yamaguchi, but today was her day clearly evident from the joyous scream when she laid her hands on the gold medal.

Many congratulations, @Pvsindhu1 for winning your maiden title at the BWF World Tour Finals. Wishing you all the best for the future. #BWFWorldTourFinals2018 pic.twitter.com/US8NXCbALY

Absolutely delighted for @Pvsindhu1, a genuine world star. Very proud of you. Look forward to many more.

T 3028 – YEEEAAAH !!!
PV SINDHU World Champion at Badminton Championship in China .. so so proud of you .. well done PV .. you have fought your way back to the top .. never gave up .. never ever DO .. !!MADE INDIA IMMENSELY PROUD ..🇮🇳🇮🇳🇮🇳🇮🇳🇮🇳🇮🇳

Our GOLDEN girl on the victory podium.
Thank you Sindhu. This means a lot to all of us fans. @Pvsindhu1 #BWFWorldTourFinals pic.twitter.com/QblhZrOGOJ

Just look at how happy PV Sindhu is. After seven consecutive loses in a final, she's finally done it. She's won the season ending championship. Her resilience is truly AMAZING.#BWFWorldTourFinals #BWFWorldTourFinals2018 pic.twitter.com/xjr4nMyZKn

Finalyyy, it's a GOLD from PV Sindhu in BWF World Tour Finals 😍🔥
After losing 7 straight Finals, she won the Final 🏸#pvsindhu #BWFWorldTourFinals pic.twitter.com/SQ6uHol4Cs

GOLDEN MOMENT: #PVSindhu crosses the final hurdle at #BWFWorldTourFinals and finishes the year on a high
(via @NewsLeaderSport ) pic.twitter.com/J6ik6Egz9X pic.twitter.com/r8hRznYsI8

Congratulation @Pvsindhu1 #PVSindhu on becoming the first Indian to win the #BWFWorldTourFinals You have made all of us proud.

Taizu Puzzle decoded!
Dominating show by #PVSindhu at the #WorldTourFinals. World No1 #TaiTzuYing loses to #Sindhu for the first time in two years. First game down, Sindhu made a strong come back, 14-21, 21-16,21-18 to win the match. Well done girl, keep marching. 🔥💪👏 pic.twitter.com/GniLmp1qEE

Congratulations to @Pvsindhu1 on your scintillating victory over #NozomiOkuhara, and becoming the first Indian to win the BWF World Tour Finals title! You make us proud! #PVSindhu #BWFWorldTourFinals2018

Pro Kabbadi Roundup : Gujarat Fortunegiants book their place in the Final with a victory over UP Yoddha in Qualifier 2

IPL: Rohit Sharma to open in all the matches for Mumbai Indians

Pink Panthers and Steelers settle for draw and Bengal Warriors defeat U Mumba in...