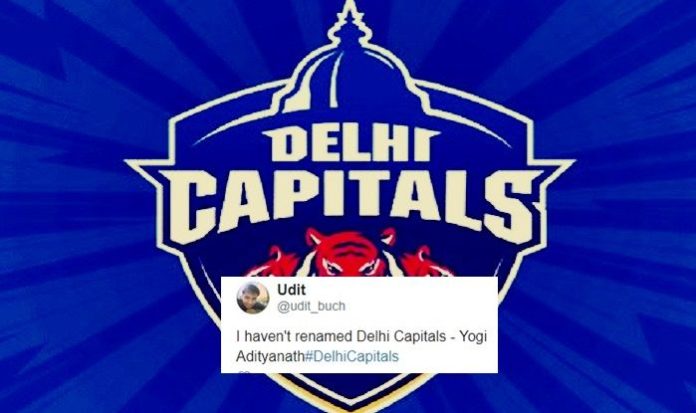 Indian Premier League franchise Delhi Daredevils have changed their name and from now on they will be known as Delhi Capitals. It was announced in a function on Tuesday. Delhi Daredevils were the only franchise from the original eight not to reach an IPL final.

The team had maintained a poor track record over for the past eleven seasons and with the new name, the JSW sport led team will be looking for a better season in 2019. Daredevils were on the bottom of the points table in four seasons. 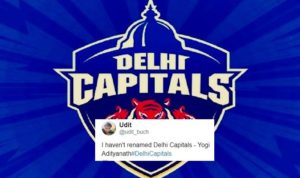 Speaking at the launch of the re-branding on Tuesday, Parth Jindal director of part-owners JSW Sports said: “We wanted this name to mean something to each and everyone from Delhi.”

“Our supporting staff has a knack of picking raw talent and moulding them. Sandeep Lamichhane is a fine example of that. This season we have Kaif too who has been a natural talent scout too in this country. Shikhar Dhawan is a proven performer in IPL and he adds the perfect experience to the motivated young core of ours,” added Jindal.

Ricky Ponting will be the head coach of the team whereas Mohammad Kaif will be the team’s assistant coach.

The Twitter then went on a trolling spree hearing the name of the new team i.e Delhi Capitals

First @NetflixIndia, and now @IPL. Both of them are getting rid of Daredevil.#DelhiCapitals

Legendary answer at unveiling of Delhi Daredevils being renamed Delhi Capitals.
Q: What does Delhi Capitals mean?
A: Capitals is like… what does Mumbai Indians mean? It's like that.

Truly, there can be no other rationale. The only other franchise name that makes as less sense.

Dear Delhi Capitals owners, hire Washington Sunder in this year's IPL auction and give us the opportunity to call him Washington DC.

Delhi Daredevils have renamed themselves as Delhi Capitals. Kings XI Punjab should change their name to "Chandigarh Shared Capitals"

Similarity between then them –
1.Both are Bald
2.Famous for changing names#DelhiCapitals pic.twitter.com/cfhIfMvy0X

Delhi Daredevils has been renamed to Delhi Capitals and I wonder if Yogi Adityanath has been appointed their CEO.

@DelhiCapitals board meeting while making the decision to change team name. pic.twitter.com/J9Sptzjk58

No, Delhi Capitals is not a foreign currency exchange shop in Connaught Place… #DelhiCapitals #DelhiDaredevils pic.twitter.com/9LRLbY8F56

"Guys we need to perform better next season. And for that we need better strategies. Anyone got any ideas?"

"Can I suggest something?"
– Yogi Adityanath#DelhiCapitals

Cricket: Shikhar Dhawan set for a reunion with Delhi Daredevils after 11 years