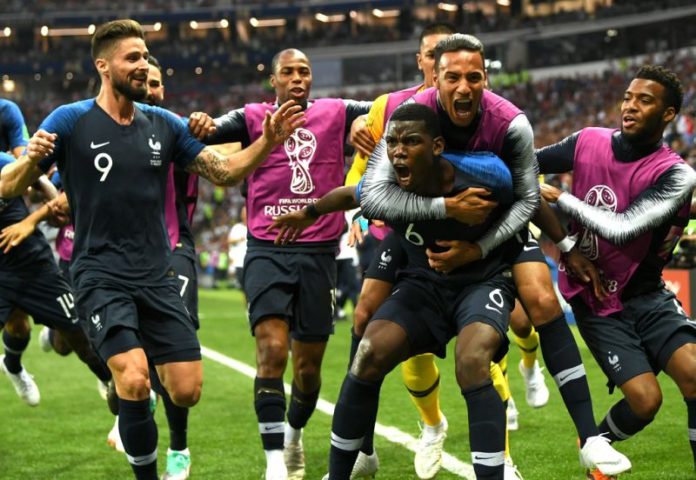 The French won the World Cup after 20 years to add a second cup to their tally, the first one going way back to 1998. France was one of the favourites but lower on the list of potential winners. They beat all odds and beat Croatia who had been wonderful throughout the tournament.

Since then Twitterati has been going crazy on the East Europeans winning the most coveted cup in Football that is every player’s dream. Popular people worldwide and media houses took to social media to congratulate the young side in their Cup triumph. Moreover, even the winners posted about their triumph.

Congratulations on winning the #WorldCup.

80% of your team is African, cut out the racism and xenophobia.

50% of your team are Muslims, cut out the Islamophobia.

Africans and Muslims delivered you a second World Cup, now deliver them justice.

Congratulations to France, who played extraordinary soccer, on winning the 2018 World Cup. Additionally, congratulations to President Putin and Russia for putting on a truly great World Cup Tournament — one of the best ever!

Something for the French to be really proud of…

France forward Kylian Mbappe has donated his full #WorldCup earnings ($550,000) to a charity that gives sports opportunities to disabled and hospitalised children.

WHAT A HERO! 🇫🇷 pic.twitter.com/jhMO5uKBHk

Steven Nzonzi had to ask the other France players to let N’Golo Kanté hold the trophy and take pictures, because Kante was too shy to ask himself. Man…Kante is something else, love him!!🤣🤣 pic.twitter.com/YOpL6Kl2W8

The France squad are well and truly basking in their World Cup glory! pic.twitter.com/e2tCWDfRA2

What a scene in Paris! An epic sea of France fans await their FIFA #WorldCup champions. pic.twitter.com/TkN2fz1HY3

Nothing to see here.

Apart from the President of France dabbing with Benjamin Mendy and Paul Pogba. pic.twitter.com/t3Zqfmic2T

Croatian soccer team gets heroes' welcome as they return home from their first trip to the World Cup finals. The team fell 4-2 to France. https://t.co/PBLZoYhoSG pic.twitter.com/PpXojezldw