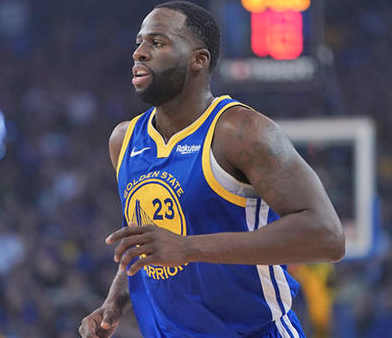 The Golden State Warriors suspended Draymond Green for Tuesday’s game against the Atlanta Hawks without pay after his altercation with NBA all-star Kevin Durant.

Draymond Green started arguing with Durant during the Golden State Warriors’ loss on Monday to the Los Angeles Clippers and the altercation reportedly continued into the locker room.

me watching NBA player’s TL to see who tweets about draymond first pic.twitter.com/FDOmSWUcQr

Steph is away from the team for 2 days and this happens pic.twitter.com/m8zNdHwchK

Warriors announce that Draymond Green has been suspended one game without pay for "conduct detrimental to the team" after argument with Kevin Durant. That will cost Green roughly $120,000.

Source tells ESPN that Warriors head coach Steve Kerr told Draymond Green he was suspended for tonight’s game. Draymond then called Kerr, “a dumb cracker” and stormed out of Oracle. This saga keeps getting uglier.

bob myers: calling him a bitch was probably going too far

draymond: well you’re a bitch too then

woj: draymond green has been suspended without pay

And things had been going so well. pic.twitter.com/qm9Dly75ly

The Warriors have put out a statement announcing Draymond Green’s suspension for tonight’s game, and that Bob Myers will discuss it pregame. pic.twitter.com/7FEipvp4vx

Jonas Jerebko got the start for Draymond Green (one-game suspension) and went off for 14 points, 13 rebounds and four 3-pointers, all of which were season highs for the big man.

Kevin Durant on Draymond Green’s suspension: “I was just focused on the game. I didn’t really care either way.”

Steph when he comes back pic.twitter.com/h4N5P01bti

THE BEGINNING OF THE END

Bob Myers on Draymond Green's reaction to the suspension: "He was professional."

Kevin Durant pushes for an NBA team in Seattle