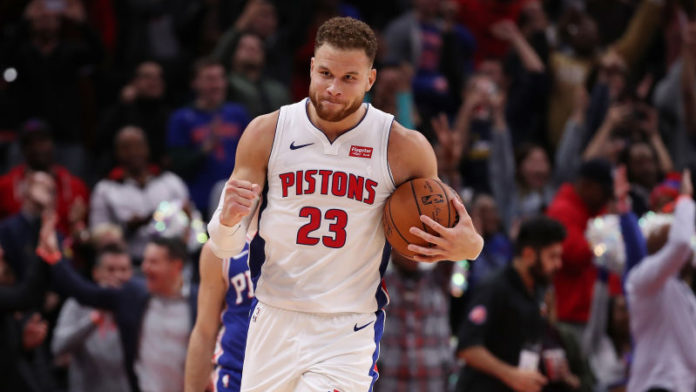 Blake Griffin led Detroit Pistons pulled a tremendous upset over Philadelphia 76ers who were playing without their star player Ben Simmons at the first week of NBA game at Little Caesars arena in Detroit, Michigan. Pistons beat 76ers by a 133-132 margin in a closely contested game. 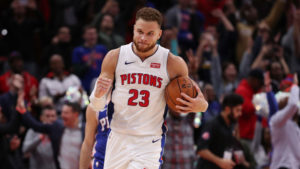 Blake Griffin emerged as the hero of the game as he scored a career-high 50 points, he scored 28 points on 12-for-17 shooting. The 29-year old played 14 rebounds and six assists.

Bet Embiid's already getting the IG post ready even though he lost, got baptized by Blake and locked up in OT by, of all souls, Zaza. https://t.co/Bjikg3r8IB

This Pistons/ Sixers game though.. @blakegriffin23 playing out of this world!

Would be a shame if this @blakegriffin23 dunk on @JoelEmbiid made its way around the web pic.twitter.com/VJtzUMQ1ea

Taking GIF submissions to send to Joel Embiid after a hard-fought game.

Blake Griffin AND 1 for the lead with 2 seconds left. Makes free throw for FIFTY. pic.twitter.com/FtuBJGZxJf

"This is a statement game"@realgranthill33 and @IsiahThomas, who know a thing or two about #DetroitBasketball, react to Blake Griffin's monster game and the undefeated @DetroitPistons!#GameTime pic.twitter.com/5fhoABuaAY

Lines of the Night