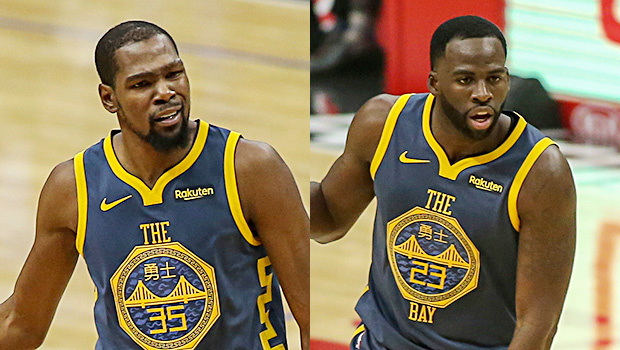 The Golden State Warriors suspended Draymond Green for Tuesday’s game against the Atlanta Hawks without pay after his altercation with NBA all-star Kevin Durant.

Draymond Green started arguing with Durant during the Golden State Warriors’ loss on Monday to the Los Angeles Clippers and the altercation reportedly continued into the locker room. 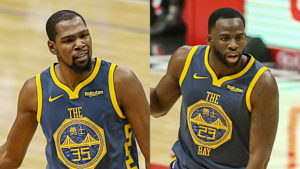 ESPN’s Zach Lowe reported that some members of the Warriors organization were of a belief that Green “went too far” on Monday, while other “are still shrugging this off.” According to Sam Amick of the Athletic, Kerr made the decision to suspend Green for Tuesday’s game.

Kevin Durant after the altercation:
➖➖➖
“That’s why I’m out”pic.twitter.com/ludk5cpQkh

Draymond Green will be suspended by the team without pay for tonight's game against Atlanta, according to @wojespn.

The suspension stems from an altercation between Green and Kevin Durant that started on the court and continued into the locker room on Monday. pic.twitter.com/reAHltPago

There's a chance this is Kevin Durant's last season with Golden State.

Warriors announce that Draymond Green has been suspended one game without pay for "conduct detrimental to the team" after argument with Kevin Durant. That will cost Green roughly $120,000.

Wasn’t my best night by any means, and wish I could’ve played better for my team😓…. but this is pretty cool !! @KDTrey5 has helped me a lot mentally get me to where I’m at today, and given me some great advice !! #RespectBigBro https://t.co/9it0SfCea3

Kevin Durant: pass me the ball

Kevin Durant realllllllllllly wanted Draymond Green to give him the ball…… pic.twitter.com/Y6qSTafwyq