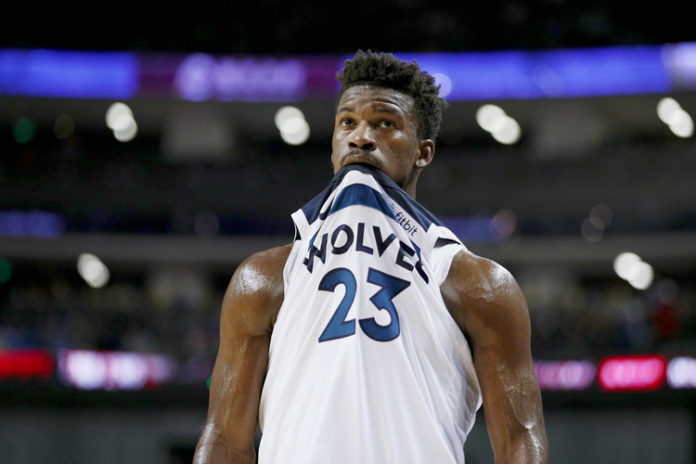 The Minnesota Timberwolves have reached an agreement to trade All-Star forward Jimmy Butler to the Philadelphia 76ers, as per reported by Zach Lowe of ESPN.

According to multiple reports, the Wolves will receive Robert Covington, Dario Saric and Jerryd Bayless for Butler and Justin Patton and a 2022 second-round pick while the 76ers will get Butler. 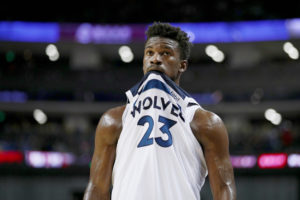 Twitter went absolutely crazy over this trade deal, here are the best reactions:

Jimmy Butler to the Sixers? pic.twitter.com/WHzP6Ntenz

Minnesota has traded Jimmy Butler and Justin Patton to Philadelphia for Robert, Covington, Dario Saric and a 2022 second-round draft pick, league sources tell me and @JonKrawczynski.

Sources: Philadelphia's Jerryd Bayless has also been traded to Minnesota as part of Jimmy Butler deal. Covington/Saric/Bayless/2022 2nd for Butler and Patton. https://t.co/qSvFzjG5BU

Jimmy Butler and the Sixers fully expect to reach a deal on a long-term contract this summer, league sources tell ESPN. Sixers made deal with plans to add Butler to a Big Three with Joel Embiid and Ben Simmons.

The top of the East just keeps getting more and more interesting.

Unreal. It's a necessary move for the 76ers, despite the risks (chemistry, on-court fit, Butler's free agency). But Jimmy Butler obviously raises their ceiling and increases their odds of making the NBA Finals. https://t.co/rDRwJ5ZZIH

I've had my concerns about Jimmy Butler's presence in a locker room (who hasn't), but a trade which doesn't involve Markelle Fultz or any future first-round draft picks is about the best you could hope for in a trade such as this.

For those wondering, the 76ers can offer Jimmy Butler a full 5 year, $190+M contract next summer.

Because the trade call isn't until Monday, Jimmy Butler will obviously not be in uniform tonight for the #sixers.

Markelle Fultz realizing he got to deal with Jimmy Butler everytime he airball a three… pic.twitter.com/p2auz8lB5J

Jimmy is heading to Philly! pic.twitter.com/UsIveML2Ih

Jimmy Butler really came into Minnesota, got them into the playoffs for the 1st time since 2004, smashed KAT's girl, yell at the GM, beat the starters with 3rd-string players, and got traded to a title contender. pic.twitter.com/W28Deiwsta

The Wolves, remember, could have traded Jimmy Butler for a package headlined by Josh Richardson and a future first-round pick. Instead they balked — at least twice — and now have to hope that Covington/Saric is a package that pans out

Jimmy Butler being escorted out of the #Wolves facility like pic.twitter.com/S1QBAHtE6D

JUST IN: With Jimmy Butler acquisition, the Westgate in Vegas has moved the odds of the 76ers winning the NBA title from 30/1 to 16/1.