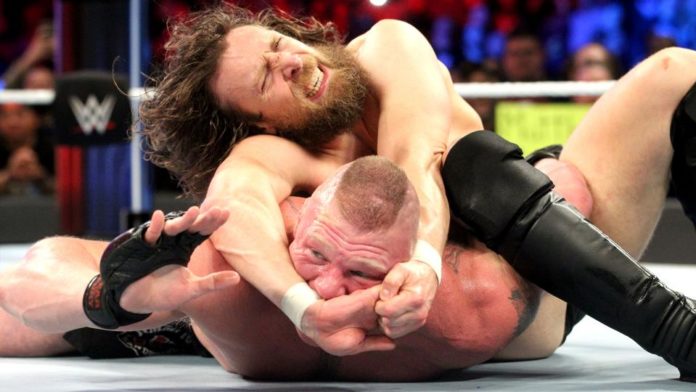 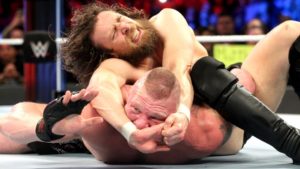 For the third consecutive year, Monday Night RAW emerged victorious at Survivor Series. The Usos started things rolling with a win on the Kickoff Show for SmackDown LIVE, however, that would be the only win for the blue brand as RAW took home a clean sweep.

The highly anticipated clash between Ronda Rousey and Charlotte Flair did live up to the demands of the WWE Universe but the match was ruined when The Queen snapped and laid a vicious onslaught on the RAW Women’s Champion, causing the match to end in disqualification.

Meanwhile, Daniel Bryan put up a valiant effort against Brock Lesnar in the main event and was moments away from claiming a huge upset but The Beast managed to survive to clinch the sixth and final win for the red brand.

On that note, here is a look at the best tweets from Survivor Series:

Bryan Danielson is the pro wrestling genius of our generation. #SurvivorSeries

Spending the foreseeable future watching this GIF over and over and over… #SurvivorSeries @MustafaAliWWE pic.twitter.com/FjDOWcmYun

I took out your champion in one punch and tonight I took out your entire team. 😜 I am the #Facebreaker. History maker. Sole survivor. Thanks for California love, @StaplesCenter. I am Team #Raw. #SurvivorSeries

I remember when brutal attacks like this were guaranteed to get someone booed. Nowadays it just gets them over. #SurvivorSeries

The ref is down…@WWEDanielBryan has found new life in this match! #SurvivorSeries pic.twitter.com/ftUppqKEWl

Bryan on the floor, smiling

What a ending and match, this feud is money pic.twitter.com/4uaCe1j6Sc

Basically everyone's reaction to the ending of Daniel Bryan vs. Brock Lesnar.#SurvivorSeries pic.twitter.com/EmqzgXSKH5

The beginning was rough – like I had to look away rough – but Bryan’s rally was a thing a beauty. Lesnar May have won, but Bryan looked great.

To Brock, from every single wrestling fan that loves a weekly world title, with love, Bryan. #SurvivorSeries pic.twitter.com/qzRRQ39pGp

Some people asked for this GIF of Brock Lesnar knocking himself out with steel stairs, so here it is. #SurvivorSeries pic.twitter.com/BIzrppHy1d

When Brock cares about his opponent, he'll give a compelling wrestling match every single time, even if we don't get the result we want. Bryan vs Brock told a hell of a story. Loved it. #SurvivorSeries

Worlds colliding in the only place it can happen. I’ll see you again @ShinsukeN, thanks for the fight, but Ambrose is all that matters now. #WWETLC

Finally-Professional Wrestling is back. @RondaRousey and @MsCharlotteWWE ripped it up at #SurvivorSeries. That was a good F’n match. @WWE

My video of the wrestler formerly known as Enzo Amore trying to interrupt #SurvivorSeries. @WWE security not having any of it. He is taken down quickly. pic.twitter.com/2jdRtOe36z

EXCLUSIVE: This looks like the beginning of a VERY different @WWEDanielBryan…#SurvivorSeries pic.twitter.com/62ab0OfqBV