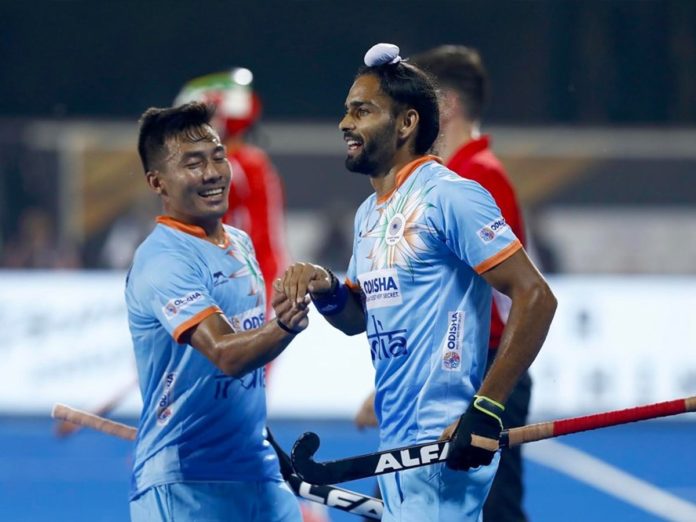 India started their campaign for the Hockey World Cup 2018 in style as they completely dominated the South African side to beat them 5-0. The crowd at the Kalinga stadium cheered as the Indian team hammered the African side.

Both the teams were placed in Group C alongside Belgium and Canada. The goal scorer for the Indian side was Mandeep Singh, Akashdeep Singh, Simranjeet Singh (two goals) and Lalit Upadhyay. 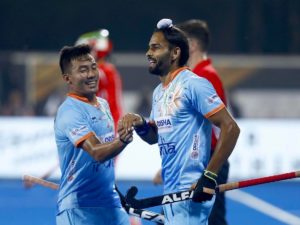 A resounding win for @TheHockeyIndia against South Africa to start the world cup campaign. May we carry this momentum forward #IndvRSA pic.twitter.com/ZvOGUJPOz3

Team India 🇮🇳 wins their first game of the #HWC2018
Against South Africa 5-0!

Simranjeet Singh, received the Man of the Match award from the Hockey legend, Ajitpal Singh, for his on field exploits in today's match against South Africa. Simranjeet scored 2 goals as India dominated the game in a meticulous fashion. #INDvRSA #IndiaKaGame #HWC2018 #DilHockey pic.twitter.com/f53a5e1cQS

Team India stepped off the turf with cheers resounding around Kalinga Stadium after they defeated South Africa in their opening game of the Odisha Hockey Men's World Cup Bhubaneswar 2018 on 28th November.#IndiaKaGame #HWC2018 #DilHockey #INDvRSA pic.twitter.com/nDhxvfQSji

Our boys in blue were about to line up for the opening game when I took this photo. Before I could find wifi to upload it, they found back of the goal post five times .. Top start @TheHockeyIndia 👏🏻👏🏻 Splendid start to the #HockeyWorldCup #INDvRSA pic.twitter.com/0Nq71idnCj

.@TheHockeyIndia begins its #HockeyWorldCup2018 campaign with a massive 5-0 win over South Africa!

What a wonderful start for the men in blue! Well done, champs! 🏑🇮🇳👏🏽#INDvRSA https://t.co/Qbf2WHFCE7

Lalit scores India's fourth as the teams break before the final quarter. South Africa started well after half-time but India have managed to score two more and make it near-impossible for the South Africans to save this match now.#INDvRSA #HWC2018

@thehockeyindia #INDvRSA Well played team India👊🏼,keep up the tempo. The whole nation is behind you.The cup is ours.