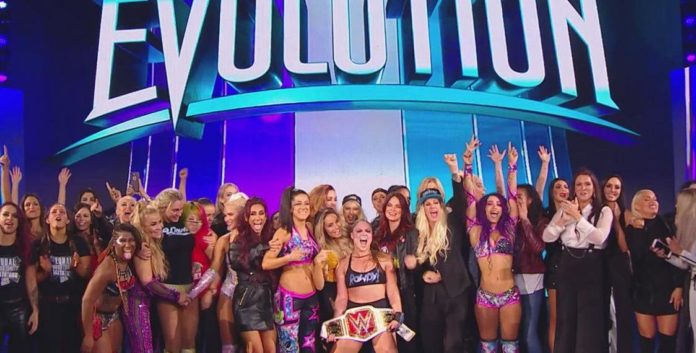 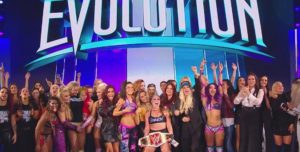 The historic first-ever all Women’s PPV Evolution turned out to be one of the best WWE events of 2018. Show stealing matches, nerve-wracking moments, the return of WWE Legends and Hall Of Famers left the WWE Universe in awe and wanting more.

Toni Storm was crowned as the winner of the second annual Mae Young Classic whereas Nia Jax eliminated Ember Moon to win the 20 Women Battle Royal and earned herself a future Championship opportunity.

On that note, here is a look at the best Twitter reactions:

Ronda. This makeup is what happens when you don’t have gay friends girl. #wweevolution pic.twitter.com/mPLVbcU4EK

YOOOO!!!! What a match! #WWEEvolution

Everytime an #ECW chant gets going I can just picture Paul Heyman in a recliner with a drink in his hand smiling.#WWEEvolution @HeymanHustle #WWE pic.twitter.com/Muw2s5KKqt

They tried to advertise Crown Jewel. The crowd vehemently booed and they shut the video feed off.

Everytime I think Shayna has “got to lose”, I’m wrong.

The lesson here is always bet on Spades. #WWEEvolution #NXT

The looks on their faces say everything. https://t.co/q8waSxxqOW

Cole texting while Ronda v Nikki is happening. I have no words😂#WWEEvolution pic.twitter.com/Nj2mtbWGJ2

Where’s Maryse with the brass knucks when ya need her? #WWEEvolution

When my mom asks, who ate the ice cream? #WWEEvolution @WWE_MandyRose pic.twitter.com/oewcBsAM8K

No one was topping Becky – Charlotte tonight, but they damn sure followed it & did so in excellent fashion. Respect! @RondaRousey @BellaTwins #WWEEvolution

The clinking of Ronda and Beckys titles.

Somebody call the cops, a show was just stolen #WWEEvolution

They need to do a show like this on a regular basis.

From top to bottom, everyone was spectacular at #WWEEvolution

Just got home from an absolutely incredible #WWEEvolution. Those women didn’t just hit a home run, they knocked the cover off of the ball.

Congratulations to everybody involved.

I’ve never felt the way that I felt in that ring tonight. I’ll never ever forget it. Thank you. #Evolution

From a lacklustre build, the women of WWE have managed to tear the house down with what they were given. Congratulations to every one of them and lets make sure this kind of show happens again! #WWEEvolution pic.twitter.com/tnN8jb67LC