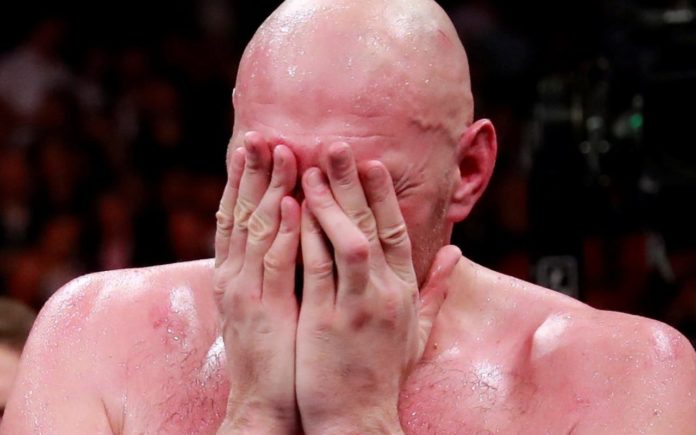 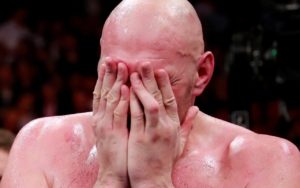 There most definitely going to be a rematch either in the United States or the United Kingdom, as Fury had previously expressed interest in fighting Wilder at the Old Trafford stadium in Manchester.

Twitter went bonkers on the official decision and argued that Tyson Fury was the better man in the fight and should have emerged victorious.

Man that was the funniest/craziest fight I’ve ever seen in my life. What the H-E-🏒🏒 just happened?!?!?!

Thank you Paulie Malignaggi . Someone has the guts to tell the truth ! pic.twitter.com/WtDOBq4pBd

Getting up from that knockdown, coming back to taunt Wilder and then back him up, tells you everything you need to know about @Tyson_Fury!

Tyson Fury clearly outboxed Wilder for 10 of 12 rounds, but what upsets me most isn't that Fury proved, in terms of skill, that he is the world's best heavyweight. It's that Fury survived what should have been one of the most brutal knockouts of the last decade to claim that win.

This #WilderFury judging takes me back to my first fight with @holyfield Just goes to show how hard it is for a Brit to come to America and take someone’s belt even tho that’s what we clearly saw. Big up to @Tyson_Fury who never ceases to amaze me. Hold ur head high! 👊🏾💥

Massive respect to @Tyson_Fury he’s a champ, a phenomenal comeback I’ve never shouted so much at a tv, be proud you’ve brought so much excitement to British boxing tonight congratulations your a winner in my eyes & the rest of the UK 🇬🇧

Great Heavyweight Championship Fight! I thought @Tyson_Fury won and still Lineal Champion, judges somehow gave edge to the Champion. Respect to both guys, Wilder almost pulled off the KO in 12th round. #WilderFury

I could get all annoyed about the scoring but I'm accustomed to this crap. I made my point. Fury defused him, survived the bombs and won the fight @Tyson_Fury @BronzeBomber #wilderfury #boxing

If you don't respect @Tyson_Fury after that, if you don't rate the man's skills, if you don't admire his fighting guts, then you've never competed in a combat sport in your entire life, and you don't have a clue what you're watching! @BenDavison_ #wilderfury #boxing

He was robbed.
But what an astonishing comeback fight by ⁦@Tyson_Fury⁩. We all thought he was done as he lay on the canvas in the 12th.
But somehow he got back up.
The Gipsy King is the real life Rocky Balboa: a warrior with incredible guts & a massive heart. 👊👍 pic.twitter.com/B9HLuR9Jii

What a man Tyson Fury is! 😂🙌🏽 got knocked tonight big time… The Gypsy King is back! 💪🏽

Even though I’ve made money on the draw, I don’t believe it was.

Therefore, Fury scored 114 and in my eyes, WON the fight #WilderFury @Tyson_Fury

Tyson Fury's instant zombie-like revival to that knockdown in the 12th will be one of Boxing's most iconic moments in years to come, absolute chills, what a comeback from the big man, he's been proving everyone wrong his whole life, that's a true champion in my eyes.

Tyson Fury got up after this… 😳 pic.twitter.com/QD4TFT5bbL

As a sportsman what @Tyson_Fury has done tonight must be respected. What he has been through in his personal life, to put in a performance like that. 🙌🏽 #AJvFury

Tyson Fury is the no.1 heavyweight in the world. I do not give a fuck what anyone says.

All bookies should pay out on a tyson fury win. Please retweet 🙂

@Tyson_Fury not over beat drink and drugs be city and mental health issues he also beat @deontaywilder #TheRealChamp https://t.co/2mVTRui0cz

Great night for the heavyweight division, great night for boxing, and two MEN who have every reason to be proud. So grateful to work with the @BronzeBomber, a great champion. Hail @Tyson_Fury, the Gypsy King. #Boxing won tonight.

If you were lucky enough to listen to @joerogan podcast with @Tyson_Fury and witnessed him get off the ground in that 12th round. That spoken absolute volumes to me. He's been in a lower place than that canvas. Shivers when he got up 🙌 #WilderVsFury

I've never seen a man die and come back to life all in 10 seconds until I saw what Tyson Fury did tonight.