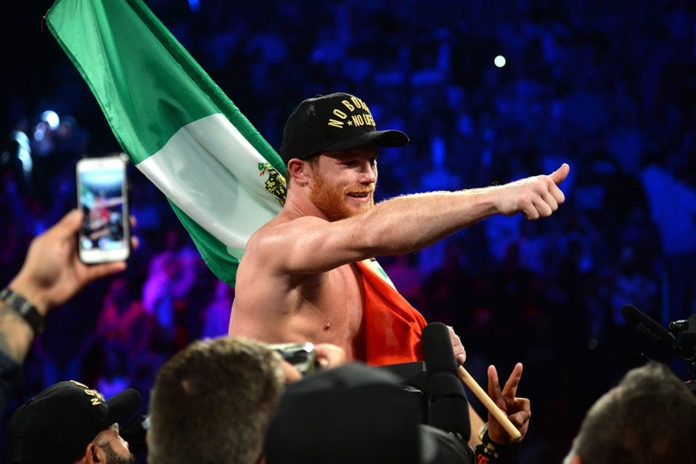 It will commence with his move up to super middleweight to challenge secondary world titlist Rocky Fielding on Dec. 15 at Madison Square Garden in New York. 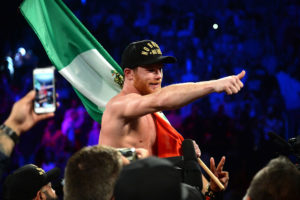 Alvarez’s deal is the richest athlete contract in sports history, eclipsing the 13-year, $325 million agreement that New York Yankees slugger Giancarlo Stanton signed in 2014 when he was with the Miami Marlins.

It is also estimated that Canelo Alvarez will make a staggering $120 Million dollars as per profit projection for 2019 according to Sports Center Espanol making him the highest paid athlete in the world.

Canelo Alvarez was the talk of the town after signing this lucrative deal.

Canelo Alvarez is getting PAID 🤑 pic.twitter.com/4TdGG2FPDz

A Breakdown of #CaneloAlvarez 10-Fight $365 Million Dollar deal. This has been named the largest deal in sports history. Is Canelo the new Money Team? 👀🤷🏽‍♂️ #MyMixtapez pic.twitter.com/h7wktt8Hml

A truly massive PPV that would break all previous records would be @FloydMayweather vs @Canelo at 160lb. For all the belts at 160lb, I feel Canelo would win now but my God even at his age he's still Floyd Mayweather. It would be an exceptional matchup.

My @F1 weekend so far: I’ve had 4 people think I’m @Canelo and I’ve been asked to take a photo OF @josefnewgarden @AlexanderRossi @michaelandretti and some folks together. Good to be back! 😂 #USGP

You will get the lowdown on @canelo being signed by @DAZN_USA tonight from me on @talkSPORT 9 to midnight but i want to know your views so ping me #askthewarlock and @_John_Ryder_ joins us in the studio …. pic.twitter.com/KzZJYTMoAX

🔫 Floyd Mayweather savaging Canelo Alvarez on Instagram after he signed five-year deal with DAZN worth a minimum of $365million. pic.twitter.com/tGhgOcSODo

Just heard that @EddieHearn has signed @Canelo. Massive signing for @DAZN_USA if true.

My latest episode which looks at the Canelo deal with DAZN and what it means for Canelo, Golden Boy, DAZN, and fans. I hope you all enjoy! https://t.co/B9p8a1Qmav