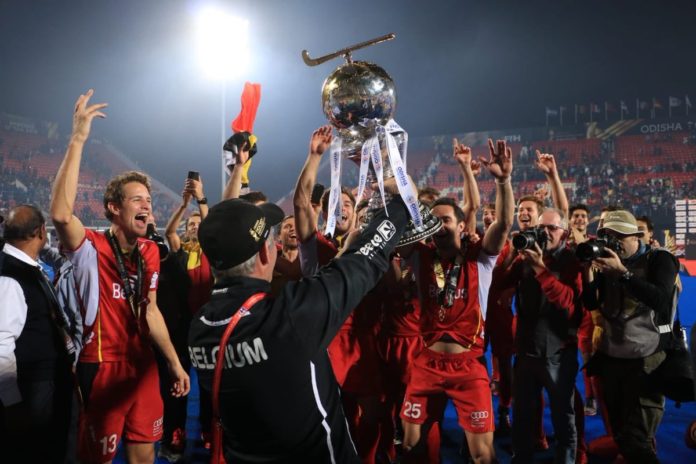 Belgium beat the Netherlands 3-2 in the Penalty Shootouts. 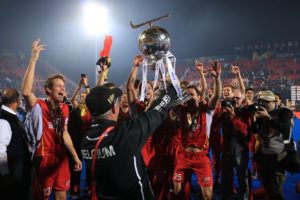 Belgium’s Simon Goungnard was in tears. He received warm hugs from his teammates. Just two days ago his father lost the battle against cancer and now he has finally managed to pay the best ever tribute to his old man.

The man of the match award was won by the Belgian goalkeeper Vincent Vanasch for his tremendous effort throughout the game and during the Penalty Corner.

📽️ | @BELRedLions coach Craig Fulton almost had his heart in the mouth when the final goal scored by Belgium in shootouts was dismissed after they had celebrated. We've all been there!#HWC2018 #Odisha2018 pic.twitter.com/ObbrDvYdgP

Hey @Kookaburras congratulations for winning the bronze medal. Hope you guys had a great time in India.#HWC2018

📸 | A photograph that accurately represents the aspirations of a generation of hockey players.

In Odisha, dreams do come true.

The #HWC2018 was nail biting finish between @hockeybe and @HollandHockey. After a power packed goalless draw, it ends with a 3:2 BEL:NED shootout that went to first sudden death. Thanks @sports_odisha @TheHockeyIndia @FIH_Hockey pic.twitter.com/0ltM01zP2z

The golden age of Belgian hockey is here pic.twitter.com/QES9NwiWGl

Wow!! That was some drama. Belgium are the World Champions. They prevail in sudden death. Brutal on The Netherlands, though. #BELvNED #HockeyWorldCup2018 #HWC2018
Follow LIVE on @FirstpostSports pic.twitter.com/N1UXbVFKjr