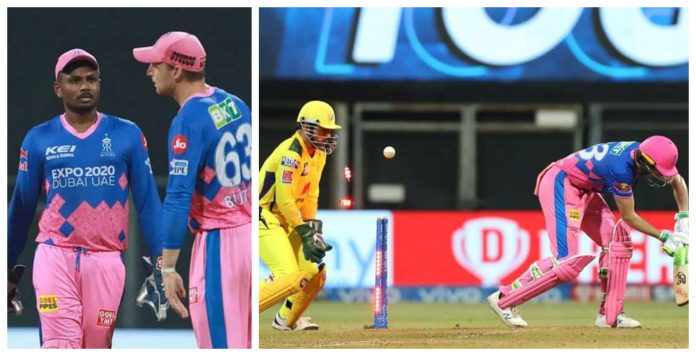 Rajasthan Royals became the first time to lose twice while chasing at the Wankhede this season following their 45-run loss to Chennai Super Kings. RR skipper Sanju Samson was taken aback by the lack of dew in the second innings which worked in the favour of CSK. 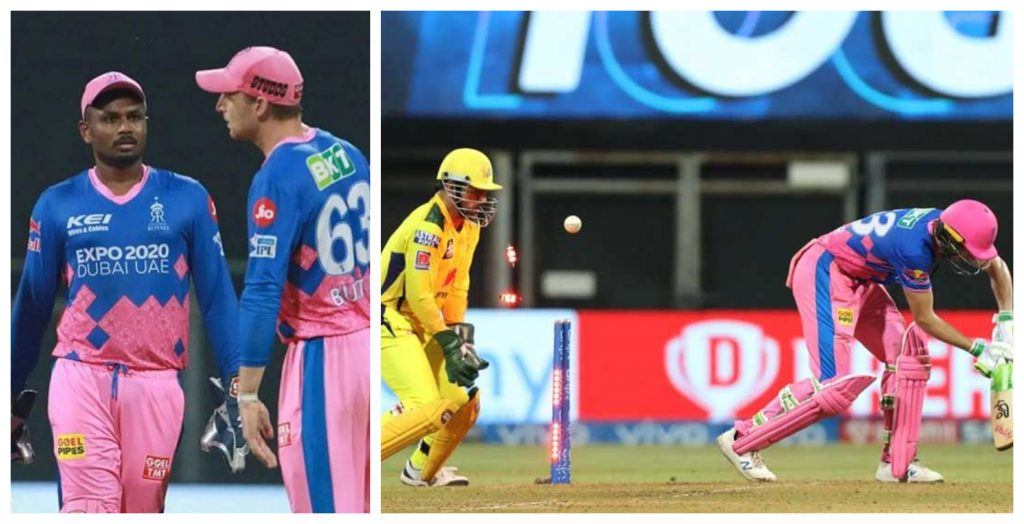 Following the defeat, Samson admitted that the 189 run target set by the opposition was chaseable, but the wickets in the middle overs hurt their cause.

“I thought it was a good score to chase down but we lost too many wickets in the middle overs. Our bowlers bowled really well, they batted too deep. 10-15 runs extra we gave down the line,” Samson said during the post-match presentation.

He was also surprised with the turn on the surface, which was negligible until this fixture. Spinners Ravindra Jadeja and Moeen Ali had a massive say in the game by picking 6 wickets between them.

“We never expected that (turn), the dew didn’t come and the ball was still turning, so it was a bit shocking to see. It’s very important to maintain a good composure, this format demands us to score at a higher risk rate; hence, it’s very normal to get out often,” Samson added

Despite the probing loss, the young skipper opted to reflect on the positives which include left-arm seamer Chetan Sakariya. The youngster has entered the race for the purple cap following his three-wicket haul that included the prized scalp of MS Dhoni.

Chasing at a required rate of around 9.5, RR had got themselves into a decent start with the help of Jos Buttler. The wicket-keeper batsman’s dismissal was arguably the turning point in the game with the middle order crumbling to spin.

The form of Manan Vohra and the promotion of Shivam Dube to No.4 are some of the pressing issues that the side need sorting ahead of their crunch fixtures. Yahshasvi Jaiswal and a slew of other Indian youngsters lie as potential replacements.

RR will next face the table-toppers RCB at the same venue. The Virat Kohli led-franchise will have to adjust to the new surface which RR have become accustomed to.