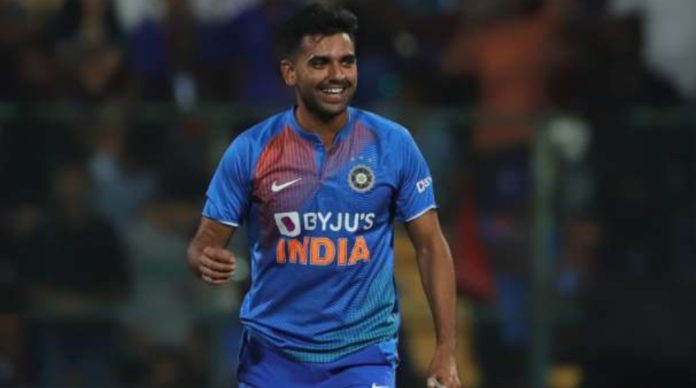 It was a dream week for the 27 year old fast bowler from Rajasthan as, Deepak Chahar went on to become India’s first male cricketer to take a hat-trick in T20I’s and also registered best figures in T20 cricket breaking Ajantha Mendis’s 6/8 against Zimbabwe. 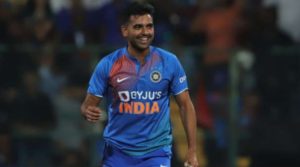 Deepak Chahar took 8 wickets in the T20 series against Bangladesh in which there was a special effort of 6/7 in Nagpur which also included a hattrick against the Bangladeshis and two days later he took a hat-trick against Vidarbha in Syed Mushtaq Ali Trophy.

Deepak Chahar who plays for Chennai Super Kings in the cash-rich Indian Premier League commends the former Indian Captain Mahendra Singh Dhoni who has always backed him to perform well for both franchise and the country. Chahar once tipped off by Australian great Greg Chappell has proved his critics wrong in order to become a premier swing ball bowler.

Known as India’s new ball bowler he also done well with the old ball to finish well in the death to help India finish games strogly and in positive manner, of which we saw glimpses in Nagpur where his herculean effort helped him get best figures of 6 for 7 making him the fourth Indian to take a five-wicket haul in T20I’s after Yuzuvendra Chahal, Kuldeep Yadav and Bhuvneshwar Kumar.