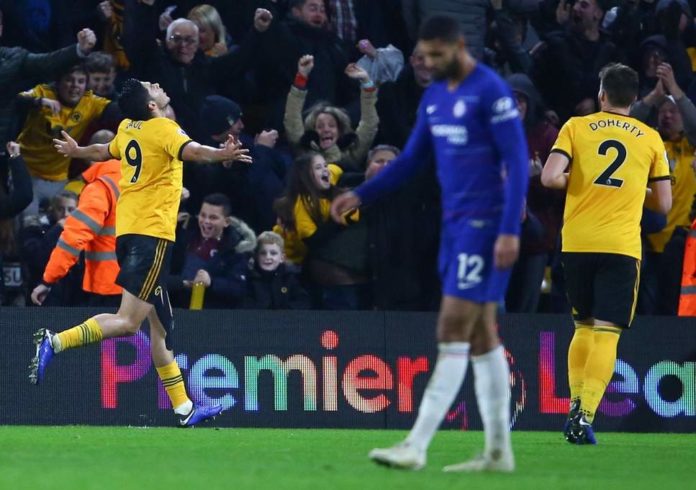 Chelsea were in cruise control a couple of weeks back. While the glamour in The Blues’ play-style was fading, the London club were still grinding out results in the Premier League. However, that too came to an end after the defeat at White Hart Lane. The problems have escalated, the lapse in concentrations have elongated and the motivations in West London are sinking as Manchester City are 10 points clear off any London threat. 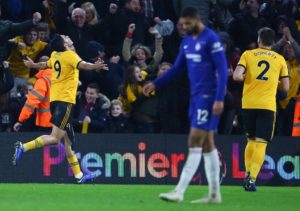 After taking the lead through Ruben Loftus-Cheek, Chelsea conceded twice in four second-half minutes. Italian Chelsea coach, Maurizio Sarri admitted he was “really worried” by what he had seen thereafter as Wolves turned the game on its head through Diogo Jota’s winner. Wolves saw out the game 2-1.

“I think we played very well for 55 minutes,” Sarri said. “After the first [Wolves] goal – that was an accident because we were in full control of the match – we were suddenly another team, without the right distances, without our football. I don’t know why. I am really worried not for the result but for the fact that we didn’t react to the first goal of the opponent.

“I think it’s more important to talk about our attitude after the first goal,” he said. “We were not the same team as before. So I don’t want to discuss if there was a foul on Willian or not. It’s not important for me. Maybe it was for the result, but not for me. I have to understand why the team was suddenly another team.”

Sarri also added , “For me, City is the best team in Europe and maybe in the world. So the match is difficult for this reason. Of course, after this match, we lost confidence, but maybe it’s better because sometimes my players show me that they have too much confidence.”