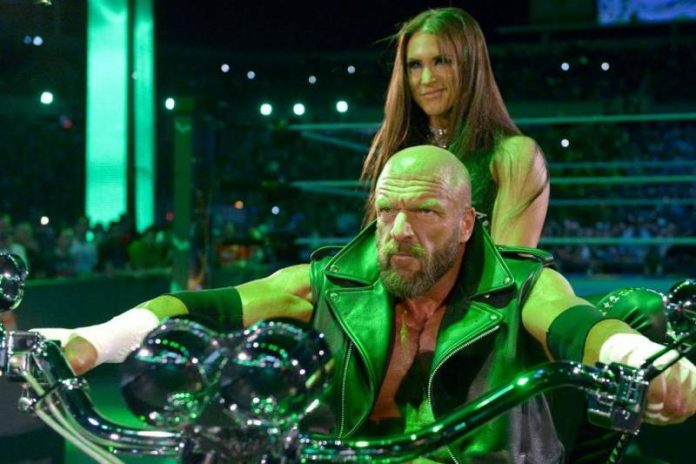 There is no doubt that the former World Champion Triple H and WWE Chief Brand Officer Stephanie McMahon are a power couple in the world of WWE. They are the top authorities in the company but they have also teamed up multiple times to have battles inside the squared circle. It looks like they have got some competition as the star couple of former NXT Champion Karrion Kross and his fiance Scarlett Bordeaux have laid down a challenge. The recently drafted WWE RAW star Karrion has expressed his desire to team up Scarlett to square off against Triple H and Stephanie McMahon. 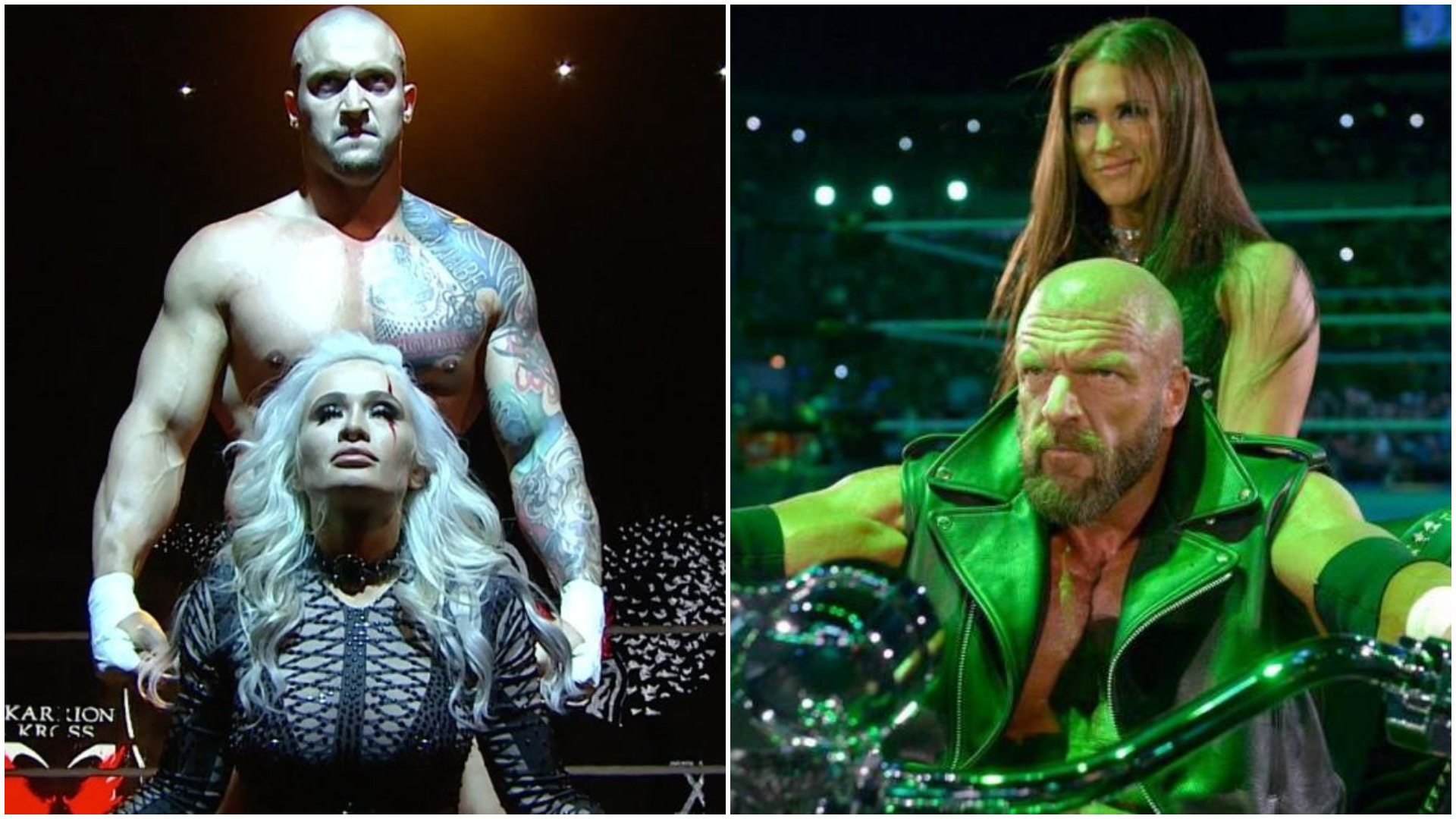 Karrion Kross and Scarlett Bordeaux have not competed as a tag-team yet but they are not backing off from challenging Triple H and Stephanie McMahon. The former NXT Champion was asked on WWE Deutschland’s Instagram page about teaming up with Scarlett in the future.

Kross went on to say that he would love to team up with his fiance and “blow the roof off the place” with a match against the power couple of ‘The Game’ and ‘The Billionaire Princess.’

Kross said: “Well, since you asked me, because I don’t try to — I like to see what fans think and see and then play off that. I don’t like leading people into stuff. I feel like it’s a sort of cheap way to do things. But if you’re asking, I would say Triple H and Stephanie [McMahon].”

He said that “under the right circumstances and the right place and the right time”, the match could take place. “I think we could all blow the roof off the place. I really do,” said Kross.

While Scarlett has been away from WWE programming, HHH and Stephanie McMahon last competed in a mixed tag-team match at WrestleMania 34 when they went up against Ronda Rousey and Kurt Angle. We will see if WWE materializes the match proposed by Kross.