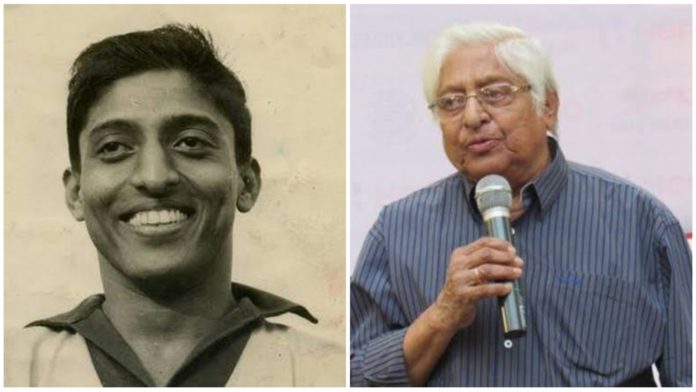 We are living through one of the gloomiest periods the world has ever seen. The Covid-19 pandemic is killing thousands every day as humanity feels more helpless than ever, at least after the cessation of World War II. One of Indian football’s greatest legends, PK Banerjee, passed away just a month ago, and now, his shining partner in the most successful Indian National football squad to ever exist, perhaps independent India’s greatest footballer, Chuni Goswami, has passed away. 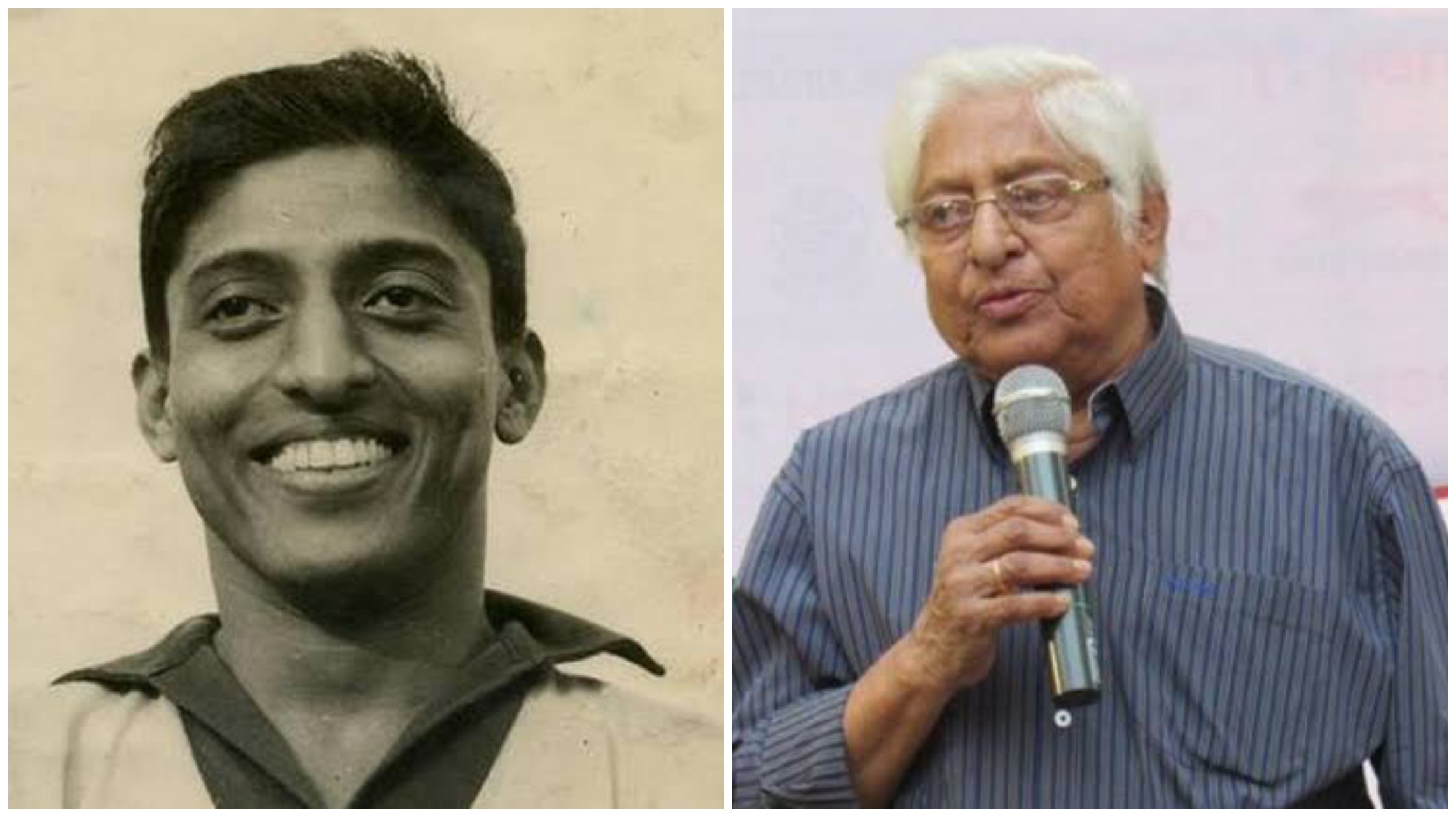 It is indeed a tragic day for the sporting community across Bengal, and India. But let us not talk about loss anymore, let us discuss his career, his brilliance, his mastery, which many of this generation do not know. Chuni Goswami shall always live through his performances on the field, and let us stroll through those Golden days of Indian football.

Goswami was born in Kishorganj district on then-undivided Bengal. As he started showing his proficiency in sports as a child, his name Subimal vanished in favour of the nickname Chuni, meaning ruby. In 1946, Goswami joined an age-group team of Mohun Bagan as an eight-year-old. Climbing the age barrier as fast as he could, graduating to the senior team in 1954. Like his friend PK Banerjee, he was a career club man, as he played the full 14 years of his footballing career for Mohun Bagan. He received offers from different clubs, reportedly even from Tottenham Hotspurs, but stayed loyal to the Mariners.

In International level, Chuni Goswami first played for the national team in 1956. In his debut match at the 1956 Olympics against China, India went out to win 1-0, with Goswami immediately shining as a key performer.

Chuni Goswami played 50 International matches for India, which included appearances in The Olympic Games, Merdeka Cup, Asia Cup and Asian Games. His greatest achievement was being the captain of the Indian Team which won the Gold Medal at Asian Games 1962 in Jakarta.

Goswami had a very close relationship with coach Syed Abdul Rahim. According to anecdotes by contemporary footballers, Goswami was always the coach’s favourite. Although Rahim Sahib loved Goswami more than any other of his pupils, even more so than Balaram and Kannan, who were from his own state, his strict sense of discipline was never made lenient for Goswami. Goswami was an avid cards player, and when he arrived late for training in two consecutive days, Rahim decided to discipline his student. On the third day, Goswami was late again, leading Rahim to famously dismiss him from the ground. Goswami apologised and never again was he late for training.

Under Rahim’s tutelage, India’s wingers discarded the traditional method of sending the ball to the striker, and started cutting in to attempt shots themselves. This innovation led the trio of Chuni Goswami, PK Banerjee and Tulsidas Balaram to become deadlier than before, and within no time, they were seen as the strongest attacking trio in Asia. India’s greatest attacking trio played in 16 matches together, and India won in 12 of those matches. The highest point of the partnership came in the 1962 Asian Cup, where India came home with a Gold Medal. 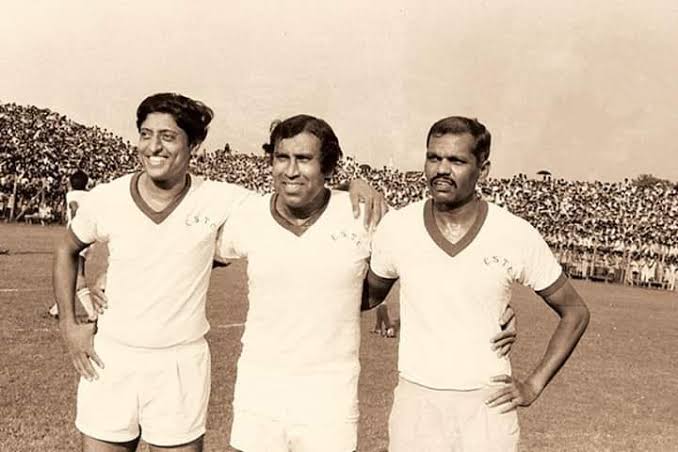 The highest point of the partnership came in the 1962 Asian Cup, where India came home with a Gold Medal. Incidentally, Banerjee’s 6 Goals at the Asian Games is the highest for any Indian player, even today. The 1962 Asian Games was the team’s gift to the cancer-stricken beloved coach. In front of a hostile crowd at the Final, PK Banerjee and Jarnail Singh scored, finally delivering the gift their coach asked for, while Syed Abdul Rahim himself spurted out blood at the dressing room. Banerjee was the first to hug and celebrate with Rahim after the victory, with coach’s favourite Goswami following soon after.

India playing Football at either World Cup or Olympics seem like a distant dream today, but once upon a time, this wasn’t a case. India regularly played at Olympics and when asked to enter the 1950 World Cup (albeit due to the cancellations by several European nations), financial problems led to India sticking with the Olympics. In the 1956 Olympics, India received a walkover and then defeated host Australia 4-2. In the semi-finals (Yes, Indian national football team played Olympics SF), India was knocked out by Yugoslavia 1-4. Olympics 1960 was a different ball game. In a brilliant but short fight where India marginally lost to Hungary (then arguably the strongest team in the world) and lost 1-3 to the merciless rough football of Peru, the match that shocked the world was when India drew 1-1 against France! India’s greatest glory against European teams remain at that Olympics and it wouldn’t have been possible without Goswami’s brilliance.

All good things come to an end, as sad as it may feel. After the 1962 glory, however, PK Banerjee broke a leg during a training camp, which led to his retirement in 1967. Balaram’s brilliant career also came to an end by pleurisy. Rahim Sahib died soon after. All alone, Chuni Goswami couldn’t power the team to an Olympic berth in 1964, and India never played Olympic Football again.

Chuni Goswami was a multi-sport athlete. In Cricket, his achievements cannot be ignored. Forever loyal to his club, he represented Mohun Bagan in cricket. Although never selected for the national team, he was a regular player for Bengal, a journey which began in 1962. In 46 matches in which he scored 1592 runs including a single century, with a Batting Average of 28.42 runs and a highest score of 103 runs. During these matches, he also grabbed 47 wickets giving away 1134 runs with a Bowling Average of 24.08 runs. He couldn’t win Ranji Trophy for Bengal, although they reached the finals twice. 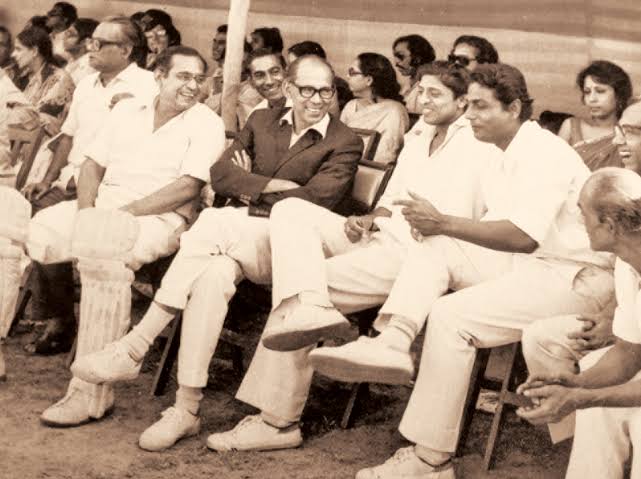 Goswami’s talent wasn’t restricted to cricket and football, and he shined in other activities. He was a gifted tennis and Hockey player and played for Mohun Bagan’s hockey team on multiple matches. He played a role in a movie named Prothom Prem (First Love). During 2005, he was also positioned as the Sheriff of Kolkata.

Goswami was an enigmatic person throughout his life. As a teenager playing Santosh Trophy for Bengal, he was swarmed by fans and even opponent players. One of them was future partner Tulsidas Balaram who felt jealous by his fame. Balaram would overcome this childish envy and form a great friendship with Goswami. He was compared to iconic actor Soumitra Chaterjee throughout his life. Being a child prodigy, he had every chance to get carried away by fame, but he remained faithful to his talents. When Tottenham Hotspurs approached Goswami for a trial, Goswami listened to advice from Mohun Bagan’s recruiter and admdinistrator Dhiren Dey and decided not to go for trials. He also never accepted payments from his beloved club, and played purely out of emotion, staying happy with a banana and a piece of toast after practice.

On his 79th Birthday, three years ago in 2017, Goswami gave an interview to Anandabazar Patrika. When asked about his philosophy of living on, he said: “(Being 79) feels gloomy to be honest. But PK (Banerjee) being alive and active gives me hope.” How tragic it is! Just a month after Banerjee’s death, Goswami himself is gone to his heavenly abode. Did he lose all hope in life after his friend’s death? No one can tell anymore. But for now, let us rejoice at the memories of his brilliant career, and let us pass on the stories to our next generations, that there was a man named Chuni Goswami in India, who was talented in multiple sports, loyal throughout his career, and a genuinely good person throughout his life.

Mohun Bagan were declared the winners of I-League a few days ago. Perhaps, Goswami died a happy man seeing his beloved club as the best in India. Rest in peace, Chuni Goswami.