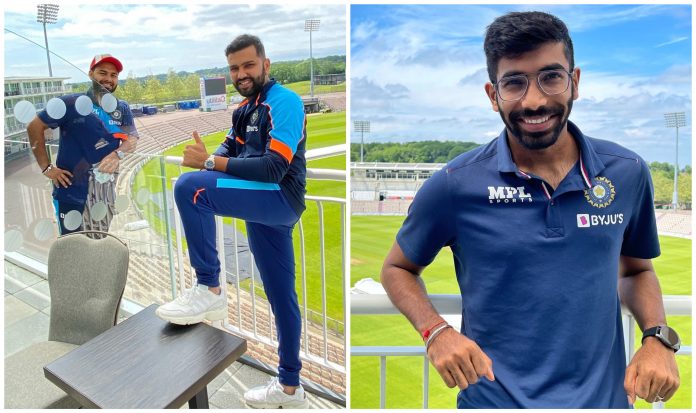 The Indian men’s and women’s cricket teams arrived in London on Thursday. The men’s team will play the World Test Championship final against New Zealand and the subsequent Test series against England. Indian women’s side will be playing three ODIs, three T20s, and a one-off Test, starting in Bristol on June 16.

KL Rahul tweeted with a picture of the chartered flight in the background, confirming their safe arrival in London.

Following are some of the tweets of Indian cricketers from the Southampton Cricket ground:

That’s our view from the room balcony..Your thoughts? 💭 @BCCI pic.twitter.com/0OB0kpwnOY

Upon completion of the quarantine period and subsequent COVID-19 test, the Virat Kohli-led men’s team will take on New Zealand in the maiden WTC final starting here from June 18. But before the final, they will play some intra-squad matches for preparation.

India are travelling with an extended 20 member squad for WTC final and subsequent series against as they have to keep the Covid situation in mind.

Sleep patterns, UK vibes & excitement in the team ahead of the England tour 😎 👌#TeamIndia's power duo @ImHarmanpreet & @mandhana_smriti discuss it all in this fun chat with @JemiRodrigues – 👍 👍 – by @RajalArora