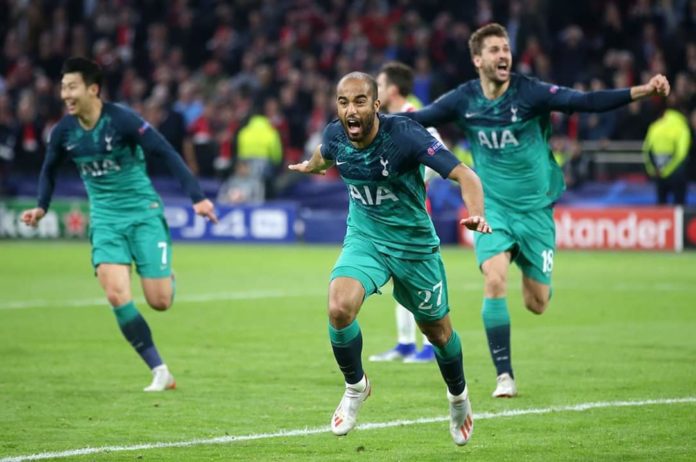 Tottenham Hotspur made a sensational comeback to make it to the Champions League final this season. It is going to an all English final at Madrid on 1st June. Ajax were always seeming to have the edge in the tie; but Spurs delivered when it mattered the most. 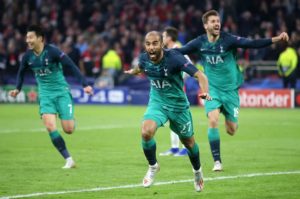 Ajax were 1-0 ahead after the first leg in London. Spurs missed the service of Son Heung Min in that match. However, in this match also Harry Kane was absent from the squad of Tottenham Hotspur this night also. However, Tottenham Hotspur still made it to the Final of the Champions League as they were the more determined side.

Ajax got the all important lead in this match with a goal of De Ligt from the corner. Hakim Ziyech scored the second goal for the Dutch side in the first half. At the beginning of the second half, Mauricio Pochettino brought in Fernando Llorente in place of Victor Wanyama.

Llorente started to win all the aerial duels  and Spurs were beginning to come back in the tie. It was a night written for Lucas Moura as he scored a brilliant hat-trick to help his team going through to the final of the Champions League. Tottenham Hotspur will face Liverpool in the Champions League final on 1st June.