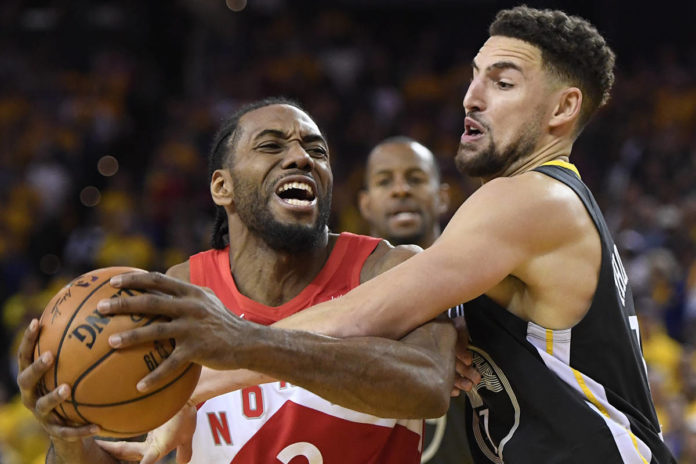 Toronto Raptors have won their first ever NBA championship after defeating Golden State Warriors at the Oracle Arena 114-110 in Game 6 of the NBA finals.

With this win, the Raptors are the first team outside of the United States to have won the NBA title. Raptors won the series 4-2. 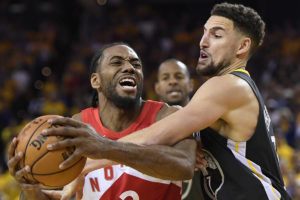 The luck wasn’t on the warrior’s side as Klay Thompson injured his knee in the third quarter. But he showed the heart of a champion as even after suffering a serious knee injury and going to the locker room, he came back to the court to shoot his free throws to finish his night and scored a staggering 30-points.

This was not something unfamiliar to the warriors, as their another all-star Kevin Durant also suffered an Achilles injury in Game 5. But this time, without Durant and Thompson, the Warriors failed to win the Game 6.

In the fourth quarter, the game was tied three times, but every time Raptors would take the lead. In was only in 18.5 seconds when Draymond Green scored a three-pointer, the Warriors rallied back to be just one point behind at 111-110.

The Warriors had the chance to win Game 6 when Stephen Curry threw a three-pointer over three defenders with just 0.9 seconds left, however, the ball rolled out of the rim, and when the ball landed on the court, Draymond Green attempted to call a time-out, but there were none left for Warriors, and thus the Raptors scored a free throw, followed by two more points by Kawhi Leonard who was fouled just before the buzzer went off.