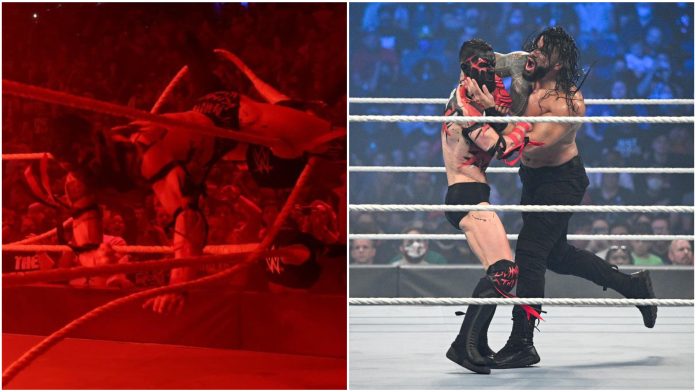 There have been multiple speculations as to how the ring rope collapsed during the main event match of Extreme Rules pay-per-view last Sunday. The match saw Roman Reigns defeat ‘The Demon’ Finn Balor and successfully retain the WWE Universal Championship. When Finn Balor went for the Coup de Grace, the top rope snapped and sent him crashing to the mat. This allowed Roman Reigns to spear him and win the match. This left the fans in attendance confused and many have criticized the finish. Now it has been revealed how WWE worked the finish.

WWE crew cut the top rope during the match 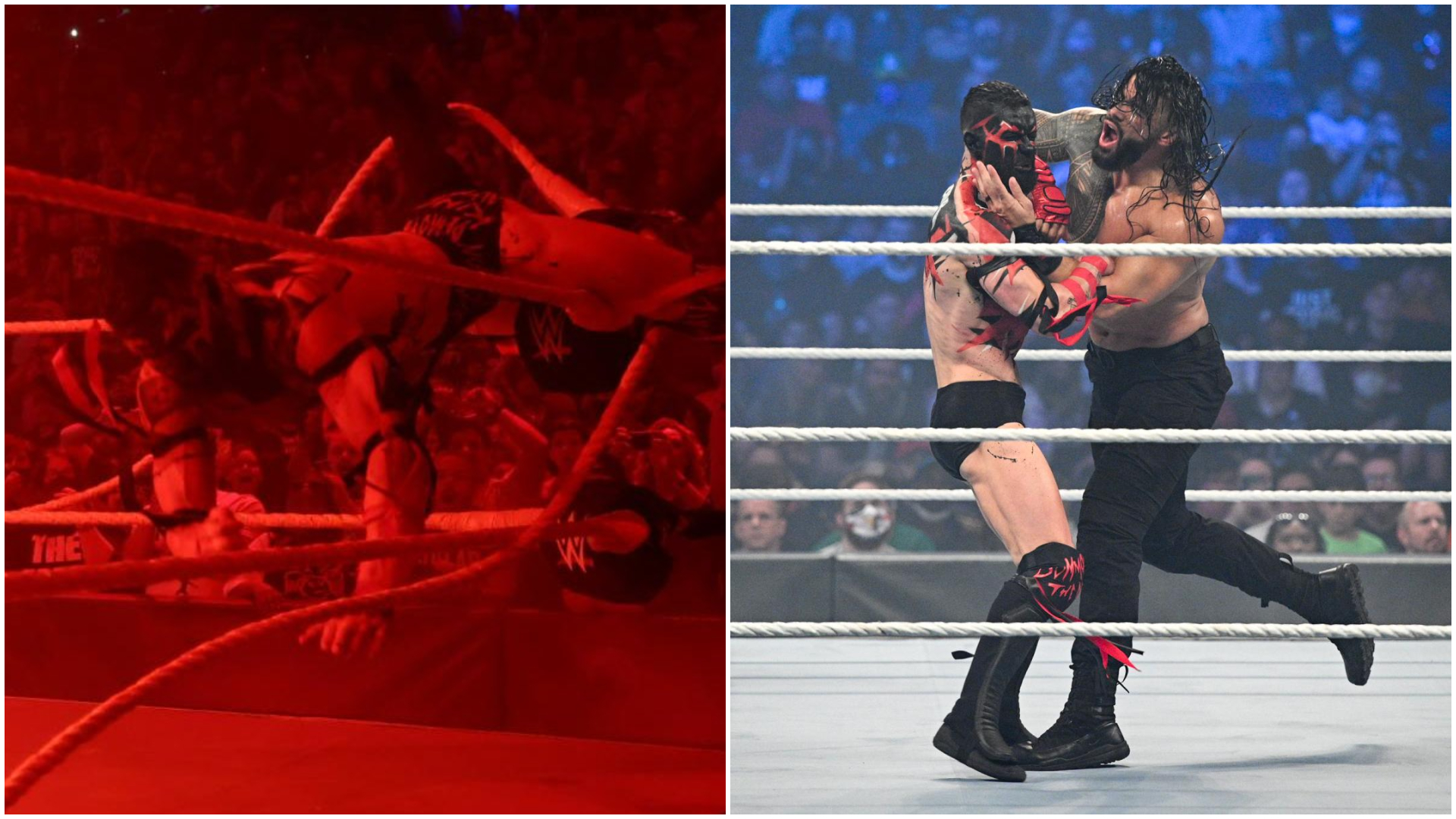 In one of the fan-shot footage, it was revealed how WWE pulled off the finish and who caused the top rope to break. ‘The Demon’ had suddenly awakened from the dead in the arena filled with red lighting and gave a good fight to ‘The Tribal Chief’. Just when the fans thought he would stand tall, the tables turned and Reigns emerged victorious as the top rope collapsed.

The video clip which started surfacing on Twitter saw a cameraman or somebody disguised as one had jumped off the ring apron on the opposite side to Balor as the lighting went back to normal. He had an object in his hand, speculated either to be a knife or bolt cutters.

Check it out video clip below:

WWE have not explained the finish to the match yet and that could be done on this week’s edition of Friday Night SmackDown. The storyline could get more intriguing as WWE might add a twist that the crew was a WWE star. Friday will also see the start of WWE Draft that will continue on Monday Night RAW as well. This could lead to some shuffling of the roster. Speaking about Reigns, he will defend his title against Brock Lesnar at Crown Jewel.