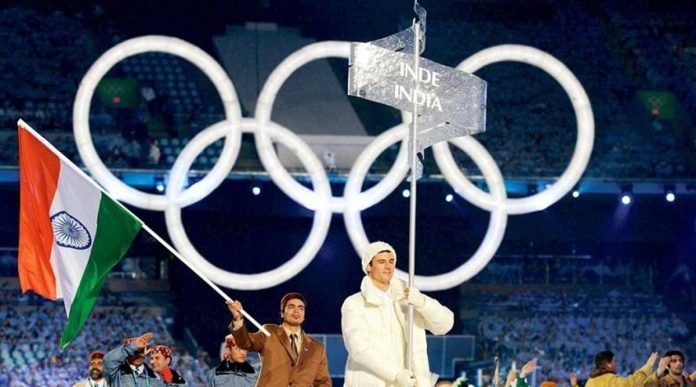 The Tokyo Olympics was supposed to take place last year but the virus outbreak caused the event to be postponed and the games are set to begin on July 23.

The 2016 Rio Olympics was only saved by PV Sindhu and Sakshi Malik, both of whom brought home medals. This year India plans to send 52 female athletes to the first-ever gender-balanced Olympics. Here are four female athletes that the country hopes will bring home glory. 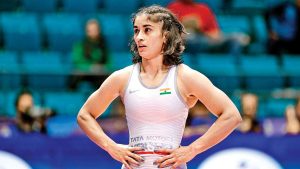 Vinesh Phogat, the cousin sister of famed international wrestlers, Geeta Phogat and Babita Kumari, has made a name for herself in the women’s wrestling category. The 26-year-old is a two-time gold winner at the Commonwealth Games and has also managed to bag yet another gold at the Asian Games that was held last year.

Phogat managed to make a comeback after her knee injury at the last Asian Games. She had also qualified for the Olympics 2020 but unfortunately, the pandemic postponed the event.

This year she participated in the 2021 Asian Wrestling Championship in Almaty, Kazakhstan and won against Meng Hsieh 6-0. She continued on her winning streak and added another medal to her collection at the Poland Open.

Phogat qualified for the 2021 Tokyo Olympics and is to take part in the 53Kg category. 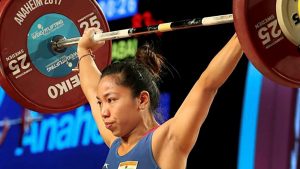 India has her eyes set on the progress of Mirabai Chanu as she is the only one representing India in the weightlifting category this year.

The 26-year-old has been awarded the Padma Shri by the Government of India in view of her contribution to the wrestling category. She also received the Rajiv Gandhi Award in the year 2018. She has been in the news lately for breaking the national record and the clean and jerk world record.

The 2021 Tokyo Olympics is her first international championship after the pandemic. 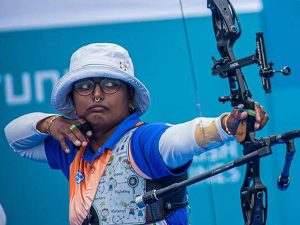 Deepika Kumari continues to be the unrivalled star in the Indian Archery scene. Being the No. 1 in archery in the world means a lot of hope is pinned on her abled shoulders. India has not yet won a medal in archery, and Kumari is the only hope.

In 2010, Kumari made history by winning gold twice at the Commonwealth Wealth games. It has been 11 years since, and she continues to be the biggest, brightest star to this day. At the Paris World Cup held this year, she made a new record after winning gold thrice at the event.

Kumari is a recipient of the prestigious Padma Shri award, FICCI Sportsperson Of The Year Award and the Arjuna award.

She has competed in several other championships before and has received several medals. India’s celebrated archer faced a little setback at the 2016 Rio Olympics after losing a game at 16. All that’s left to see is whether she triumphs at the Tokyo Olympics or is it yet another loss for India. 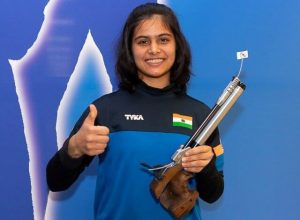 Manu Bhaker, the teenage sensation will be one of the many athletes that will be competing in the Tokyo Olympics.

Bhaker is the youngest Indian to win gold at the ISSF World Cup. The shooter had a successful run all these years having won gold twice at the Asian Shooting Championships,  2018 Youth Olympic Games and 2018 Commonwealth Games. The 19-year-old sensation has a track record of winning gold nine times in the ISSF World Cup.

She will be participating in three events in the Tokyo event. She has shown her talent in the 10m air pistol before and it is only expected that she will bring in her A game in the Olympics.