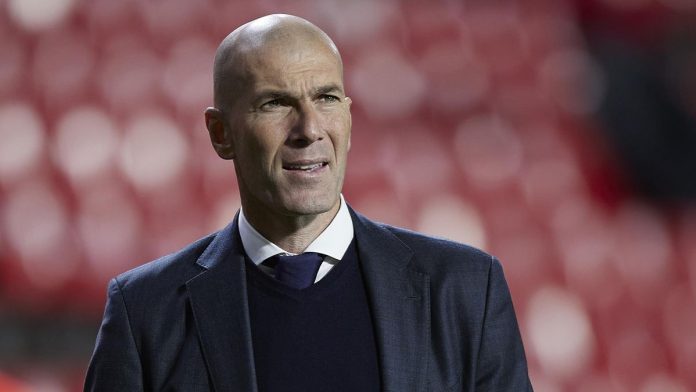 Whoever still had a glimmer of hope that Ole Gunnar Solskjaer would be Man United’s coach by this moment, our praise for having as much faith as there can ever be in the world. After suffering yet another humiliating loss on the hands of Watford by 4-1 over the weekend, something that even the top American sports betting platforms that usually focus on NFL picks against the spread instead of association football saw coming, Manchester United executives decided to finally ax the Norwegian coach after it had long been overdue.

While Solskjaer, a club legend himself, will always have the legacy of being the coach that came right after Mourinho and did his best to lift the team back up to its usual glory, having the full backing of the team’s front offices, the fans, and players, he could never really get the team off the ground. It wasn’t because of lack of signings, even having Cristiano Ronaldo come back to the team before the season started. It was more a matter of the team not really finding their way to focus on how to regain their dominant status once again, showing signs of it here and there, only to fall back down again almost immediately.

But now that Solskjaer is gone, the stage is wide open for any head of the world’s top-caliber coaches to take over one of the most coveted coaching jobs in the world. But who are the best candidates and why do they make the most sense for the team? Let’s take a look.

When in your career as a player you made it a fact to put on some of your best performances playing against Manchester United at Old Trafford, while playing for Juventus and Real Madrid, and then as a coach, you’ve been able to amass one of the world’s best CV’s, with a list of titles and accolades that reads bigger than most clubs in the world, then you know you might just be a perfect candidate to be the next coach for Manchester United. That’s the case with Zinedine Zidane.

Zidane, who is considered by many as one of the Top 10 best players to ever play the game of football and whose coaching career at Real Madrid can easily be taken as one of the best ever seems like the perfect candidate to take over United’s coaching seat. He knows what it’s like to work for a team with a proven winning culture. He understands how to command a dressing room full of stars, both young and old. He’s won every single trophy a player and coach can win, and he’s already coached Cristiano Ronaldo, who could end up seeing his career take off one last time under Zizou’s orders at Manchester. If there was ever a time for United to make a statement move with their coaching position, this would be it.

Remember that amazing Ajax side that made it to the Champions League semi-finals, only to be eliminated in the last second by Tottenham. That team had players like Matthijs de Ligt, Frenkie De Jong, Donny Van de Beek, Hakim Ziyech, it was a football explosiveness machine. The man responsible behind that team, and a firm candidate to take over United’s coaching gig if the opportunity is offered is Eric Ten Hag.

Ten Hag has become one of the most interesting and most followed coaches in modern football because of his fresh and offense-driven approach to the game, with his Ajax team playing some of the most attractive and eye-catching football in Europe. Given that Ten Hag knows exactly what is needed to take a team and work it from its foundations to becoming a football-playing clockwork enterprise, it would make perfect sense for United to take a bet on him as their coach for the future. One more thing that Ten Hag has in his favor, he is one of the best coaches in the world when it comes to working with young, up-and-coming talents, something that United’s youth core could benefit from.

If Manchester United doesn’t want to go out too far to look for their next head coach, their answer might just be at Leicester City right now. Brendan Rodgers, who has previously coached Liverpool and Scottish powerhouse Celtic to various successes has been gaining more and more support to become Manchester United’s next coach. His tenure in the Premier League has been quite respectable, and with what he has been able to do for Leicester City, keeping them as a top contending team for the past couple of years and even taking them to win their first-ever FA Cup title, Rodgers could fit the bill perfectly as the best “right now” option for United.

Finding a way for Rodgers to leave Leicester might be an issue at hand, but in the world of professional football, there is a small group of teams that is almost impossible to say no to when given a job opportunity, Manchester United is right up there in that group.